My Journey to the Austin Film Festival (Part One) 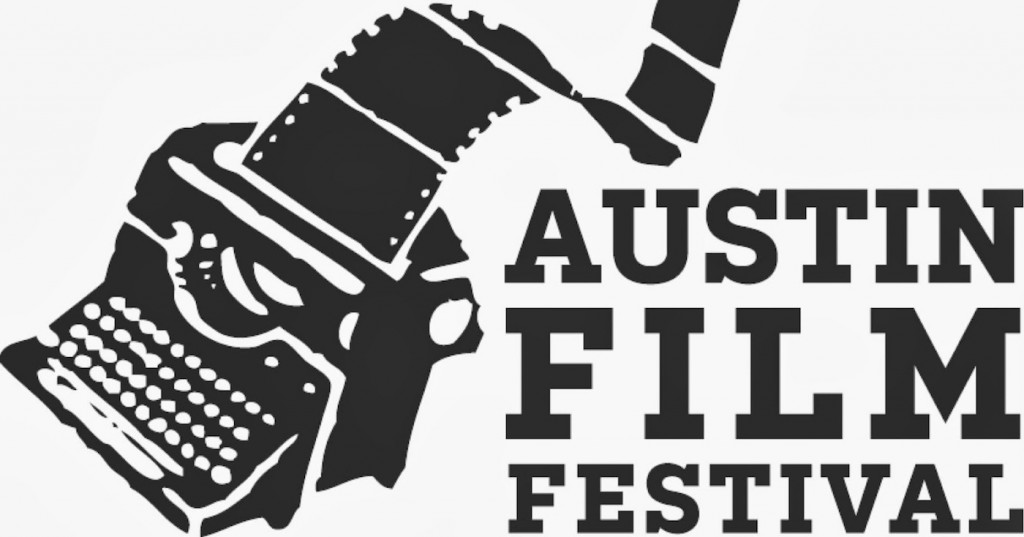 So … a funny thing happened on the way to the Austin Film Festival. I took a plane from BWI that, due to bad weather conditions, couldn’t land in Austin airport. So they rerouted the flight to Houston.

Now, here I assumed that Southwest, the awesome airline I chose, would help direct passengers to the appropriate places when we filed off the plane in Houston. But no! While we were informed that we should talk to the customer rep right outside the gate, it wasn’t until ages later that the customer rep (who was facing a mob of restless passengers, desperately seeking ways to leave Houston) finally blurted, “You know, you can go to any other customer rep at any other gate about this.” At which point, the crowd disbursed. Quickly. No doubt muttering, “Thanks. Could you not have mentioned this a bit earlier? Like when this horde of folks descended on you?”

So, anyway, I gimped strode quickly to another kiosk, which didn’t have a big line. And I was trying to stay close to a woman sitting next to me on the plane, who knew someone who could give her a ride to Austin. Just in case. And when I heard that all the planes for that day were full or canceled or whatever and they weren’t able to take anyone to Austin by Southwest Airlines until the next day, I was like, “Oh, no, no!” No way was I missing yet another day of this film festival, which was of particular interest to screenwriters. But, to my dismay, the woman I tried to stick with wasn’t going to get her ride until the next day!

So, to make a long story short (too late for that – ha!), I spend an inordinate amount of time clumping running around the airport, torn between trying to rideshare with someone to Austin and checking out other flying options. And the best I could do with respect to the latter was a Delta flight from Houston to Atlanta then Austin, which would arrive at 11:30 PM and cost $750 additional. And I’m like, “I think I’ll check my other options. Thank you.” But there weren’t many of those.

So, after I made sure my bag was being retrieved, I stumbled ran around like a chicken with my head cut off, trying to catch a ride. A process that involved repeatedly walking up to strangers and asking, “Are you going to Austin?” And, as luck would have it, I happened to find one. She was going to share a ride with three other people. Thus, I would be the fifth person. And I begged requested nicely that they squeeze me into whatever car they rented. Fortunately, we were able to rent an SUV with plenty of room for five. So, problem solved right?

No, not completely. We still had to drive from Houston to Austin. Which turned out to be a complete nightmare of epic proportions.

When we left the Houston airport, we hit a spot of rush-hour traffic. No big deal, really. After that, things were fine, until we got about 20 miles or so from Austin airport. We were on I-71 (I think) or maybe I-17. One or the other. Anyway, the traffic slowed down. Then, it was stop and go. Mostly stop. Then, to our horror, we realized the road south was completely blocked. So we had to turn back. And, as we backtracked, the three other women in the car checked Google maps on their cell phones for an alternate route. I didn’t bother being that I had no freaking idea where we were, anyway.

So, while making a pit stop, the man driving the SUV conferred with some other guy, who said he had taken the alternate route we were considering and it was all backed up. So he turned around and took 71 (or 17), which as you know was closed on the side leading to Austin.

At that point, the man started making noises about maybe finding a motel. And I was like, “No, no, no!” To myself, because I was too chicken to speak up and possibly annoy everyone. But then it got worse. Two of the other women started saying, “Well, I’m fine with whatever.” Or words to that effect. To which I thought (loudly, but in my head), “No, no, NO!” Then, finally, the woman behind me said, “I say we go for it.” And I think I may have said, “I agree.” As opposed to, “Thank God someone in this SUV has the guts to see this through!”

So, anyway, we had to fight traffic (going away from the airport) on the road to the alternate route. And that took a while. But it was stop and go, and we did go more than we stopped. And then the funny part (funny to me, at least) was when one woman (one of the “whatever women”) said, “Does anyone else think it’s strange that one minute traffic moves fine, the next it comes to a complete stop?” And the other woman of the “whatever” persuasion said, “I was just thinking that” or words to that effect. And I said, “Where I live in Maryland, this is traffic as usual. In fact, it’s even worse than this when it rains there. So I hadn’t even noticed.” Because, frankly, I assumed the rain had a lot to do with it. And did I mention that 81 roads in Texas were closed due to flooding? So the two women kept wondering (aloud) if the traffic was slow because that road was closed, too, and if all the traffic coming the other way had turned around. And I was too worn out at that point to mention that it might just be people going the other way. Period. In any case, we did finally reach the alternate route toward the airport. By that time, I was nearly catatonic. I was so tired (and my hand was clenching so badly from the endless dystonia) that I simply zoned out. It made my head hurt to think, so I stopped doing that and simply stared into space.

But then it was smooth sailing as we took the road to the airport. Then we arrived and I was like, “Oh, thank God!” And I still had to walk through the terminal to where the taxis were and get a ride to the hotel.

And, you know, for the life of me, I can’t remember a single one of those four other people’s names.

When I got to hotel, I (basically) collapsed onto the reception counter and told them (a much shorter version of) this story. And they were so nice about that. They gave me my keys and I hobbled to the elevator, went to my floor, found my room and walked like a zombie through the door. So I ended up missing a whole day of the festival, plus not having dinner until really late. I decided to get an appetizer to go from the downstairs restaurant. And on the way there, who should I see? I was stunned to see Chris Cooper (with three other people) standing in the lobby of the Intercontinental Hotel. And I didn’t have my cell phone, which was fine, because I looked like the walking dead. But I just had to say hello to one of my very favorite actors, who just happens to have the same birthday as me (different years). So, along with telling Chris C. that I loved his work (which he seemed thrilled to hear, even from the wreckage that I was), I also mentioned the birthday coincidence. That seemed to make an impression. Or maybe he was just being nice. Frankly, I was too exhausted to give a damn, when you come down to it.

So … the good news is, we made it to Austin, despite floods, road closings and traffic! And I got to meet Chris Cooper, informally, in the hotel lobby. And he didn’t seem repulsed by my somewhat deteriorated condition.

On top of that, I never once fell down an escalator and/or nearly have my face ripped off! Which was a definite plus!

And if you’d like to know more about that, here’s Part Two of The Many Ways I’ve Almost Died!

Anyway, I’ll have more about the Austin Film Festival, and what it was like to meet the awesome Chris Cooper soon! Me and Chris Cooper, the next day! 🙂

PS: I should mention here that I’m making my young adult novel, INVISIBLE ME, available for free from Amazon and everywhere else throughout November!

Here’s a sample of the book from Wattpad!