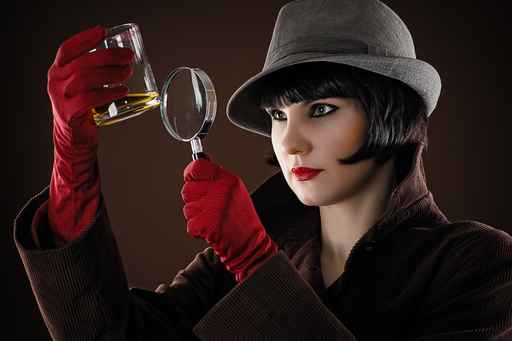 When people ask what authors have most influenced my writing, I always have to stop and think a bit. My love of the mystery genre may have started with Nancy Drew and Agatha Christie (not to mention Perry Mason, which I actually read in a paperback book with cigarette ads in it, of all things), but my favorite mystery authors would have to include those that had books made into the old film noir detective movies.

Topmost on that list would be Raymond Chandler and Dashiell Hammett. Add to that the more contemporary writers who’ve followed in their footsteps, including Ross Macdonald, Walter Mosley, Sue Grafton, Sara Paretsky, and many others who take the hardboiled mystery genre and use it to make a point without being pedantic.

However, two of the authors that have most influenced me are ones you may not know. One is Judith Van Giesen, who writes the Neil Hamel series about a mystery-solving lawyer in Albuquerque, New Mexico. The other is Douglas Anne Munson, an author who wrote (under the pen name Mercedes Lambert) a mystery series in L.A. that featured a lawyer sleuth named Whitney Logan who hailed originally from Maryland, of all places. She also wrote (under her own name) a standalone novel called El Niño about lost innocence, redemption, and the legal system in modern Los Angeles. Click here to check out all the novels she published before she (sadly) died of cancer.

I created my protagonist, Stephanie Ann “Sam” McRae, along the same vein of these last two authors in particular. As a lawyer, Sam must overcome the strictures placed on her by legal ethics and the law. Even so, she tries her best to follow her own moral compass in deciding how to handle various situations.

If you haven’t read the series yet, this is perfect time to take advantage of my GoodReads giveaways for IDENTITY CRISIS! The book can also be downloaded for a very reasonable price! Or come to the University of Maryland campus tomorrow for Alumni Night at the Bookstore! 🙂