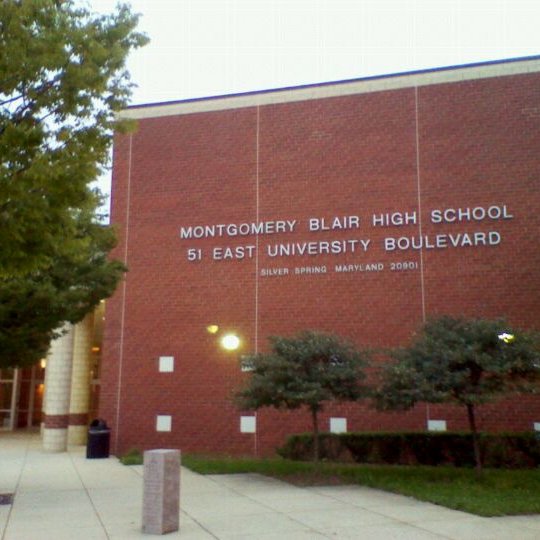 So last week, the most interesting thing happened. I made an appearance at my high school. I went there for the (Montgomery) Blair High School Book Fair, where I was one of the authors on the 11:35 a.m. panel. Ostensibly, I was there as author of my one young adult novel. (Even though I brought copies of my other books and mentioned them in my talk.) So I was pretty excited about that. But when it came time for me to talk, I kind of said words of some sort (punctuated now and then with the phrase, “But, there I go rambling!” Which,  in his post-appearance comments, my husband informed me was highly annoying. I even asked at one point if any student had ever watched TCM (Turner Classic Movies—yes, I should have at least said each of those words, rather than use the acronym). You can imagine the reaction.

So I thought about this after the event, and I realized that I was trying too hard to be like the other authors. Most of them have teenagers of their own. Me … I don’t have kids.

Here’s what I should have said:

1. I used to practice law before I finally started writing fiction when I was in my late 30s;
2. If you want to succeed in life, seriously, find out what you really enjoy doing, master that skill, and find a way to make a living doing it;
3. It’s just fine not to go to an Ivy League college. In fact, college may not be right for you;
4. If you want to be a writer, focus on quality first. Worry about all the other stuff later;
5. Read, read, read;
6. Dream big and don’t give up.

Okay, maybe I wouldn’t have said all those things, but you get the idea. 🙂 PS: Hanging out with a younger crowd started me thinking about ways that I could be innovating. Do me a favor and see what you think of my new Twine feature!