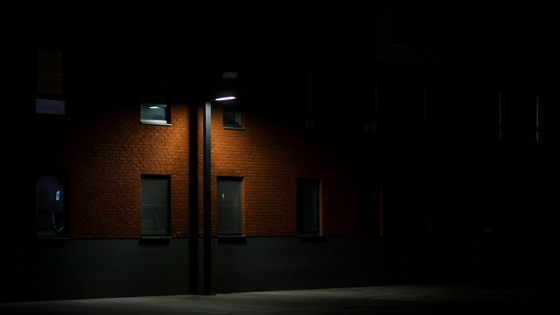 Due to technical problems, I was unable to feature crime writer Paul D. Brazill on the Crime Cafe podcast. However, in lieu of a recorded interview, I have today a guest interview that I hastily threw together  from the man himself. So … without further ado, here’s our Q & A! 🙂

Q – You have a wonderfully dark sense of humor. What inspires you to write that way?

A – It’s the only way I can write, to be honest. In the north of England most people have a dark sense of humour, I think. In Liverpool they say that ‘You have to laugh, or else you’ll cry.’ I tend to see the ridiculousness of most situations. The absurdity of running around after things and getting nowhere, like life! When I try to play it straight the scenes and situation I write usually go askew.

Q – Do you have any particular favorite crime and/or noir author(s)?

A – Elmore Leonard, Patricia Highsmith, and Jim Thompson were the first ones that really made an impact on me years and years ago. These days there are so many splendid writers around. I particularly like Eva Dolan, Ian Ayris, Cathi Unsworth, and Les Edgerton, for example. All very different flavors. That’s one of the things I like about crime fiction. It’s a broad church. A great home for waifs and strays!

Q – I just finished your latest novel, Too Many Crooks. A five-star read, for my money! Tell us about the book.

A – Thanks very much. I’m glad Too Many Crooks entertained.

Too Many Crooks is a high-octane farce that is set in London England, and Warsaw, Poland. A group of oddball characters try to get their hands on Himmler’s Totenkopfring and they all collide, violently and amusingly (I hope!)

Q – How many novels have you published?

A – My books include Guns Of Brixton and Cold London Blues (published by Caffeine Nights). Kill Me Quick! (published by number Thirteen Press), Too Many Crooks is published by Near To The Knuckle who will republish A Case Of Noir later this year. Plus there’s the short story collections The Last Laugh (All Due Respect) and 13 Shots Of Noir (Untreed Reads). I’ve also self-published The Gumshoe, and Other Brit Grit Yarns, and Roman Dalton – Werewolf PI.

Q – I notice your books sometimes have recurring characters, but far as I know (and correct me, if I’m wrong), they’re not part of a series. Have you ever considered writing series fiction?

A – The characters continue to entertain me so I keep using them. More like a soap opera than a series, really. I like series fiction—Hap and Leonard, Elvis Cole for example—and would certainly like to have a go. Cold London Blues is a loose follow-up to Guns Of Brixton. Very loose, mind you …

Q – You’re originally from Hartlepool, England, but now live in Poland. How—dare I ask—did that come about?

A – I moved from Hartlepool to London and lived there for 10 years. I took a sabbatical from work which included a trip to New York—I got drunk between the moon and New York City. I know it’s crazy but it’s true … Then I did a TEFL [Teaching English as a Foreign Language] course in Madrid and quite quickly got a job in Poland. Here I stay! Unlike Groucho Marx I will join ANY club that will have me as a member.

Q – I was fascinated to see that you once worked in a used record store and was the bassist with a couple of post-punk bands. Your love of music is also obvious from your writing. What’s your favorite music these days and/or musicians?

A – I prove myself to be a man of an uncertain age by mostly listening to the music of my youth and before. I regularly listen to Gary Crowley’s Punk& New Wave Show on Soho Radio. Though people are still making good music: The Band of Holy Joy, Vic Godard, Bowie’s Blackstar.

Funk and northern soul are pretty regular visits as far as genre goes. I’m pretty open to most music, though.

I sometimes listen to music to get into a mood for writing: Television, John Martyn, Magazine, Tom Waits usually work. For the book I’m writing at the moment I’m listening to Ian Dury, Noel Coward and The Divine Comedy.

Q – Along with our shared love of music, I know you’re also a movie fan. What are your favorite films?

A – A lot of boysy stuff like Reservoir Dogs, The Treasure of the Sierra Madre, Goodfellas and The Big Lebowski. British comedy like The Ladykillers, The Lavender Hill Mob. Oddball stuff like The Lair Of the White Worm, Bad Timing, An American Werewolf in London, and Barfly.

Recent re-watches include Tony Hancock’s The Rebel, Detour, The Hit, Funeral In Berlin. Blades Of Glory, Pride, Secrets and Lies.

Q – Have you ever considered who you’d want to play your characters, if your work was adapted for film or TV?

A – For sure, though a lot of those actors are dead! Living character actors I would go for include Stephen Rea, Tim Roth, Brenda Blethyn, Jane Horrocks, Robbie Coltrane, Sarah Lancashire, Eddie Marsan, Rafe Spall—and his dad! —and Lesley Sharp.

Q – Is there anything else you’d like to say that I haven’t asked you?

A – Thanks very much for having me, Debbi!

It was my pleasure, Paul! 🙂