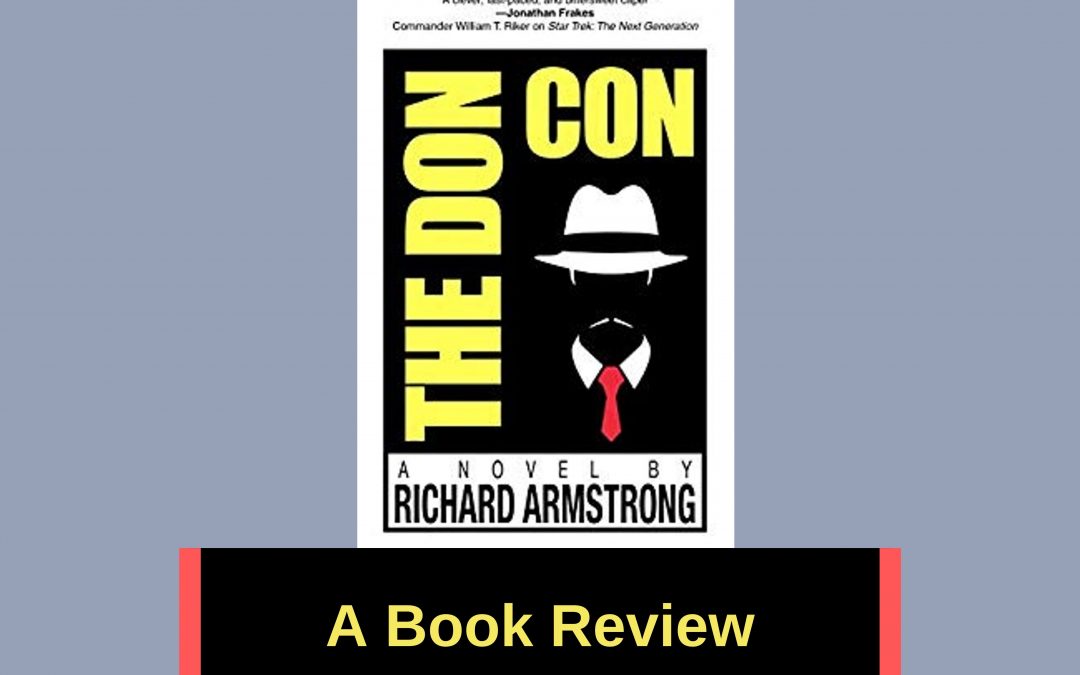 My recommended reading this week is The Don Con by Richard Armstrong.

Hi. Today, I’m reviewing The Don Con by Richard Armstrong. He’s going to be on my podcast and he sent me a copy of his book and I absolutely loved it. It’s funny. That’s what I loved about it most. It’s just hilarious.

It’s about, basically, a kind of third-rate actor, I guess you could say? A struggling actor? One who did struggle? I’m not sure if he still wants to act or if he’s just going to continue to go to these cons. When I say cons, I’m talking about conventions. He goes to conventions and signs, autographs photographs … autographs photos. There we go. Photographs of himself. He was apparently a bit player on some mob shows like The Sopranos—bit to the point where people will say, “Oh, yeah, I remember you. You were so-and-so.” And he’s like, “No, no, no, I was … I didn’t even have a name. I was Thug #2 or something like that.” Anyway, it’s just very, very funny. He ends up getting involved with real gangsters and trying to pull off this heist.

Well, I just won’t say anything more, because saying more would ruin it. I mean, when you get involved with gangsters and heists, you know there’s going to be action and it’s going to be interesting. And it’s also very, very funny. And I just loved it. So this came out, according to this, April 1, 2019. This was an advance review copy. And I feel very fortunate to have it and to have been able to read it, And I look forward to talking to the author eventually. Talk to you later. See ya!