My Book Review of ‘Poison Lilies’ 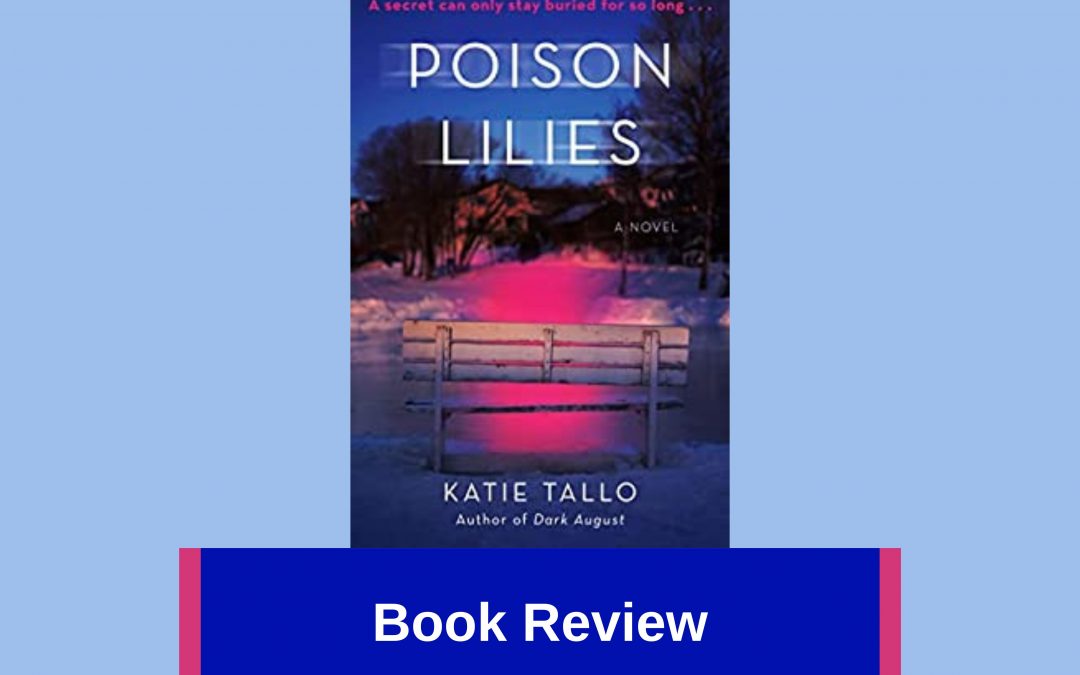 Hi! Today, I’m reviewing Poison Lilies by Katie Tallo. Really enjoyed this book. I’ll just read you what I wrote about it. That way it’ll transcribe so much easier.


The book pulls you in right from the start. When we learn our protagonist is both heavily pregnant and in a way-less-than-ideal situation. The story is told in what is becoming the increasingly popular time-shifting narrative, where we start in one era, then jump through a series of flashbacks with an occasional return to the present. It’s a great device and it works here.

The ticking clock element stated right up front is itself a near guarantee that you’re reading a page-turner. It hurts not at all that the characters in the story are so compelling. Our protagonist, a woman named Gus (short for August), trying to hide from a past mistake, ends up befriending, an elderly woman named Poppy, whose frailties aren’t entirely revealed on the back cover of the book, so I won’t discuss them. But she does seem to float about the building, like a restless spirit, despite her being whatever she is or has, or doesn’t have.

So … elderly woman, pregnant gal on the run in hiding, big money, family, big problems, scandalous secrets, major ticking clock. There, you have it. It is just a great page-turner of a read. It really is. And I highly recommend it.

Thank you. And I’ll talk to you later. You can also buy it from Apple.

You can also get it from Kobo.