Another Excerpt from ‘Fatal Connections’ 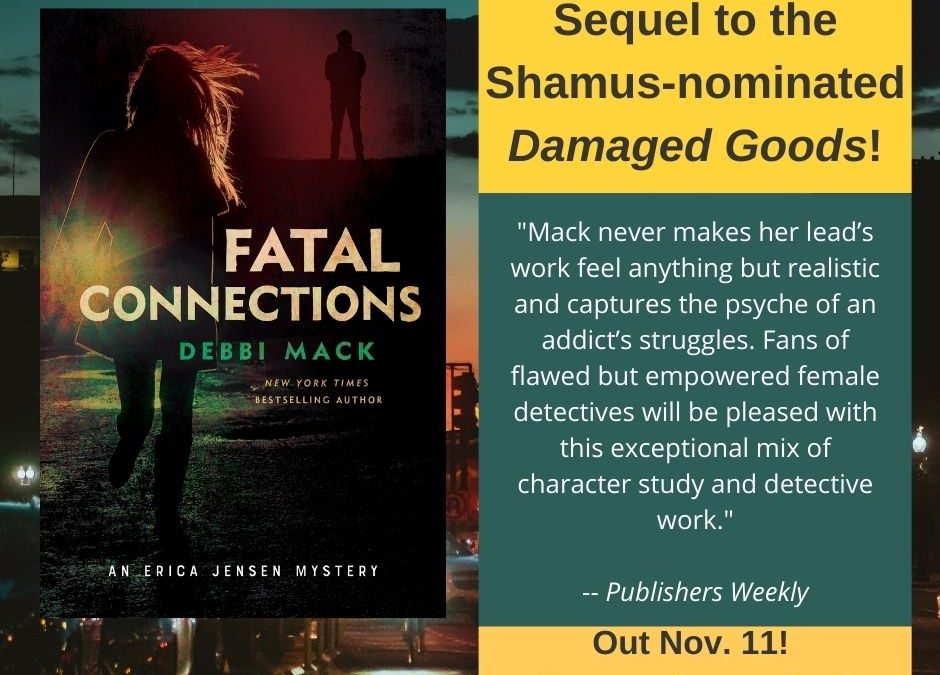 Hello again! 🙂 I’m still on track to release the sequel to Damaged Goods on November 11, 2021. With that in mind, I’ll share with you the next chapter in the new book.

And, as you can see, it’s called Fatal Connections. Nick answered on the third ring. He sounded almost as tired as I did.

“No problem.” His voice was muffled briefly, as if he’d wiped his mouth while talking. “Actually, I was up until three, trying to meet a deadline. Didn’t really get much sleep, anyhow.”

“I have bad news.” I wasted no time getting to the point. “The Harcourts have been murdered.”

I steeled myself to go on. “I discovered the bodies. They weren’t just killed. They were beaten and stabbed several times. Their throats were cut.” I didn’t bother describing the blood spatter, which I hoped to forget.

Nick said nothing. I could imagine his thoughts.

I swallowed. My mouth was dry. The memory of the horrid sight and smell in the basement lingered.

“I just thought you should know before the cops and the press come knocking,” I said. “You realize they’ll check your article about the couple for clues.”

Nick cleared his throat. “Plus whatever they said off the record. Not that there was much.”

“They may want your sources.”

A snort issued at the other end. “Erica, the article was a puff piece. I did it for the money.” Nick’s voice had a hint of disgust.

I paused in an effort to choose my words. “Do you know of any reason why the Harcourts might have felt in danger?”

“They never told me so.”

“Do you know why they wanted to hire an assistant, then?”

“They didn’t tell me. I just assumed they were too busy being Internet big-shots to do their own dishes.”

“Could there have been another reason?” I asked.

When Nick didn’t respond, I added, “Did you get any sense at all that they were hiding something?”

“Well …” That one word told me plenty. “I sensed tension between them. If I’d been doing a proper job, I would have dug further into it. You don’t suppose …?”

“Many things can create tension. Not all of them lead to murder.”

“But I should have seen it.”

What the hell? Silence filled the line. I let it continue.

With an audible sigh, Nick added, “At some level, I could tell these people had bigger problems than they’d admit to me. If I’d been doing an investigative piece, this might have been avoided.”

“Don’t,” I said. I knew this feeling a bit too well. “That wasn’t your job. Whatever happened was due to their choices. Don’t blame yourself for their deaths.”

Another long pause. “Of course not.” He found the words, but spoke without conviction. “But …”

“Is there anything I can do?” As a fellow recovering opioid addict, Nick helped keep me on the straight and narrow, no matter how trying the various group meetings got. He was my sounding board and a life raft in a sea of troubles.

Here’s the link for Paperback Writer! 🙂

PS: Just so you know, I’ll be one of 15 other authors at tomorrow’s Sisters in Crime: Mystery Lovers Extravanganza event! 🙂 Just click the link to register!

Among other things, I’ll talk about my latest novel and my contribution to this! 🙂

And be prepared for surprises! 🙂