Want to Hear My YA Novel? 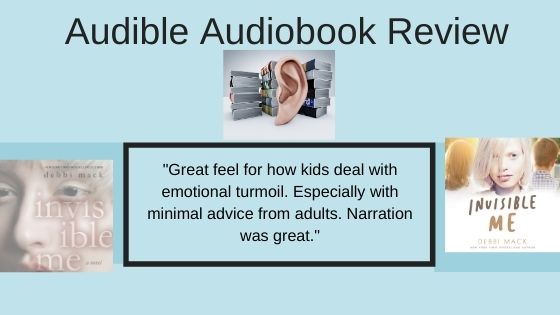 As you may recall, I also have a YA novel called Invisible Me, which is available in print, ebook, and audiobook versions.

If you’d like to hear it read by my awesome narrator, Sara K. Sheckells, just listen to this sample chapter:

This Chapter One. Feel free to read along with the narrator! 🙂 I attend Jefferson Davis Middle School near Pensacola, Florida, where my dad is stationed. It’s in the very deep South. Southerners have a take on the Civil War that’s vastly different from what I learned in Newport, Rhode Island. As a matter of fact, Florida and Rhode Island might as well be on different planets.

I pick up the paper and open it. Inside, a message is written in purple ink. Beautiful penmanship. So different from my own sloppy scrawl.
The note reads: Please meet me after school by the gym. It’s a matter of life and death. Thanks, D.L.