Book Giveaway Winners and a Reading 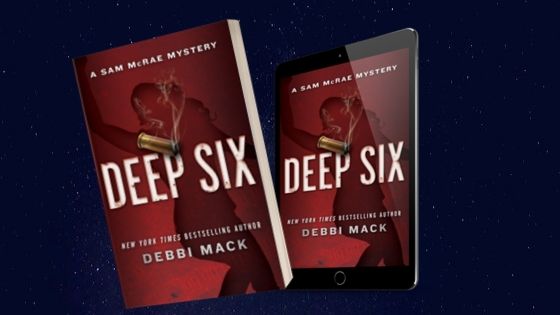 Hi, everyone. I’m doing a reading this week from Deep Six, my latest novel. I’m also announcing the winners of the giveaway contest that I did for a download of this book. Three winners of one download each. I’ll do that after the reading. This is a reading from the beginning of Chapter One of Deep Six. I could think of better things to do on a sunny morning in early May than to sit at a shabby desk in my small office sublet, waiting for the phone to ring while going over my law office’s severely diminishing financials. The latter made the former necessary. However, I took a break to get up and stretch. While I was up, I walked to the window and opened it to let in a bit of the mild spring, which would soon enough transform into a sullen, hot Maryland summer.

Law can be a seasonal business. Thanksgiving and Christmas are often a bust—people too entrenched in the holidays to bother with legal matters—but afterwards, look out. There’s usually a run on divorces wrought by dysfunctional family “cheer” and both criminal and personal injury cases resulting from too much drinking during the festivities. For whatever reason, I’d been experiencing an extended drought in business since the end of last October. Where are all the drunk drivers and assault perpetrators, I grumbled to myself. And, much as I hated handling divorce and custody cases, I’d settle for a miserable spouse or two. Or someone hopelessly mangled in a car wreck. I grimaced at that last thought. Only a lawyer would suffer such longings. But I was struggling to cover my overhead plus unanticipated repairs to my car. My billables were a joke, but I wasn’t laughing.

I had grown so desperate that I had actually considered taking on a temp job or part-time work. However, anything I did on the side took time away from what work I did have, even if it didn’t pay much. I owed my clients my best efforts and had a business to run. As much as I hated them, I’d started attending more business mixers in an attempt to circulate my card among potential clients with money.

I looked out the window onto the historic Main Street of Laurel, Maryland, all beautifully restored and lined with brick buildings and flowering trees. This part of town was the heart of old Laurel, what remained of a time that had long given way to suburban sprawl and houses made of ticky-tacky, as the song goes. I could stand here all day looking out the window and thinking or I could sit at my desk and think. But I couldn’t go out and chase ambulances or hand out business cards at funerals. I could advertise on the Internet. I could tell people all about myself and what I do. But I couldn’t force them to hire me.

So I did what I could to pay the bills. I worked the cases I had as well as I could. I went out to the meet-and-greets to press the flesh, sat at my desk, kept my books, ran an honest business, and waited for the phone to ring. I turned from the window, went back to my desk, and landed in my chair. Thud. Then the phone rang.

When I picked it up, I nearly said, “Sam McRae, will represent you for food.”

I settled on my usual greeting instead. “Law offices.” Like I have more than one. One that I sublet, no less. Funny.

“Oh, my gosh, Sam. It’s been forever, but this is Linda Parker. Remember me?”

She laughed, and I joined in.

I’d met Linda while doing my undergraduate studies at the University of Maryland. We’d kept in touch for a few years afterward, but our contact had dwindled to yearly Christmas cards after a while. Then, at some point, the Christmas cards stopped.

“Nice to know you haven’t changed,” she said.

Why did I not like the sound of that?

“So, it’s been ages, Linda. We should get together sometime and catch up. But was there a reason you called me at my office?” Because I’m such a busy, busy big-time lawyer now.

“Actually, I was hoping you could help me with a legal matter.”

My turn to pause. I wanted to say, Well, sure, Linda! But I don’t do divorce work for friends. And I don’t work for free for anyone. However, because you’re an old friend, I’ll take a check up front, okay?

“I’d like to take some time to explain it, maybe over lunch or dinner? I’ll pay, of course.”

Must be a mighty interesting case. I decided to hear Linda out. Besides, it had been ages since we’d seen each other, and who was I to object to a free meal?

“Well, there’s room on my calendar tomorrow to meet for lunch, if you’d like.” Yes, I think I can manage to squeeze you in, old friend.

“Great! Why don’t we meet at the Flanders Farmhouse Restaurant near the College Park Airport. Eleven-thirty, say? Can’t wait to see you.”

We hung up, and I thought, I can’t wait to see you, too. I thought briefly of an old line another lawyer used to say: “Come into my parlor, said the spider to the fly.” I felt chilly, despite the day’s warmth; then, the chill passed.

As I said, I have three winners in the contest. They are David M., George, and Riccardo. So congratulations to the winners! And to the people who entered who did not win, I have given a consolation prize of a short story that I hope they will enjoy. So that’s it for now, and I’ll see you next time.