Why I Write the Sam McRae Mystery Series 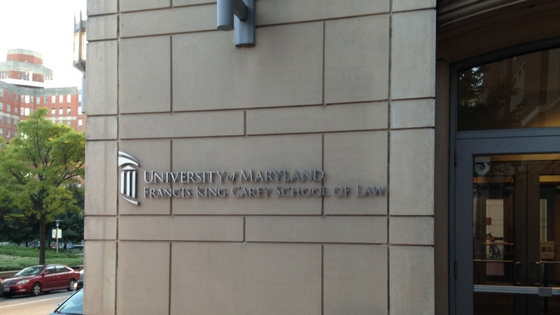 This weekend was truly exciting for me. I spent Saturday at my 30-year law school reunion. I went not knowing what to expect or how to feel, but came away feeling great about being a lawyer. Not to mention that it reminded me why I write a mystery series about a lawyer who solves crimes.

The first person I ran across, who greeted me at the check-in table, was Heather Foss, Assistant Dean for Development & Alumni Relations. We got to talking what I’d been up to and she seemed quite impressed. She also told me to keep her updated on future developments. I’ll be doing that, you can be sure! 🙂

Perhaps I should have headlined this post: “Why You Should Attend Your School Reunions”. 🙂

In any case, it felt so good right off the bat to be there. And who should be one of the first people who came in that I recognized? Why, none other than the awesome Professor Larry Gibson! Professor Gibson is author of Young Thurgood: The Making of a Supreme Court Justice. He was the country’s first black law professor. He also taught my evidence class at Maryland!

I wanted so much to get a selfie with Professor Gibson, but I got that photo off of Amazon and the cover of his book, which I simply must read now. Be that as it may, I was able to get all sorts of other photos. Here they are! Professor Citron spoke about cyberbullying and privacy rights as related to social media and the Internet, in general. She’s even written a book about it called Hate Crimes in Cyberspace. Here it is! 🙂 Now I have another book to add to the tower of books I want to read. This is an issue that I feel strongly about, and I’m sure that Sam McRae would also feel similarly. Can’t imagine why! 🙂

Professor Gifford spoke about a study and resulting paper he co-wrote called “Keeping Cases from Black Juries: An Empirical Analysis of How Race, Income Inequality, and Regional History Affect Tort Law”. If you’d like to download it (if only to read the abstract), just click that link. Long story short, it just goes to show that Maryland is quite the Southern state, Blue though it may be politically. This is also a issue dealt with in the Sam McRae mysteries.

I did manage to snag this shot of Professor Gibson, sitting with Professor Deborah Thompson Eisenberg! Professor Thompson Eisenberg is not only a law professor, but she’s Director of the Center for Dispute Resolution. In other words, she’s a lawyer who’s trying to help people mediate their differences and actually try to get along through understanding one another better! See! Lawyers are good people. Really!

When Professor Thompson Eisenberg began talking about settling differences by organizing groups at elementary schools, that really perked my interest since I’ve written about middle school kids, in both my mystery novel Least Wanted and my young adult novel Invisible Me. She said that minority and disabled children were more likely to be suspended for acting out (let us call it that) than their non-minority and able-bodied peers. I hope that’s clear.

So, of course, I knew that Sam McRae would be all over these issues! Every one of them. And people wonder where I get my ideas? Seriously? 🙂

Professor Thompson Eisenberg said she was coming out with a book. But it hasn’t been released yet. So, I’ll have to keep on the lookout for it. Lastly, but certainly not leastly, Professor Gibson (who has so many credentials, I couldn’t possibly blog them all here) spoke of the many changes he’d seen over his decades of work at the University of Maryland Law School. Changes in the building, changes in student demographics, techonological changes, etc., etc.

And I thought, “These people are awesome. They’re doing that amazing work that good lawyers do.” Which made me so proud to be part of the student body (of 30 years ago).

After the presentations, each class got together in different areas of the building. As you can see, the Class of 1987 turned out in fine form! And, of course, a goofy selfie had to be taken! 🙂 What on earth is this thing? 🙂