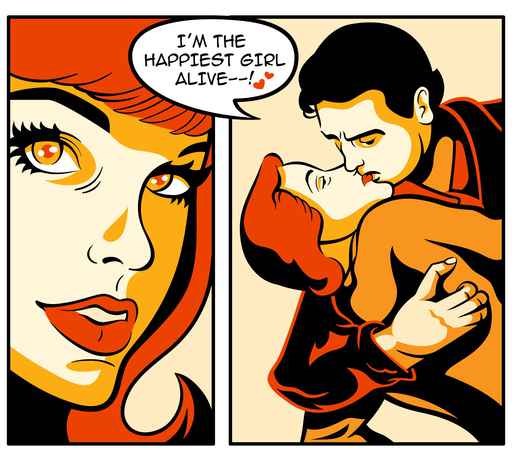 Since Valentine’s Day is coming soon, but I don’t write romance novels or film scripts, but I do write mystery, suspense and … yes, young adult, too. Where was I going with this? Oh, yeah.

In light of the upcoming Valentine’s Day, I’d to suggest these movies as being among the top ten best romantic mystery films.

So, on that note, here they are (and is it a great surprise that so many of these are Hitchcock movies?):

What could be more romantic than Jimmy Stewart trapped in a room, contemplating a possible murder in his neighborhood with Grace Kelly in sweeping gowns and negligees, drinking cognac from snifters? Among my favorite Hitchcock movies ever! Eva Marie Saint as Eve Kendall nearly throws herself at Cary Grant, who plays Roger Thornhill. Well, who wouldn’t? Anyhow, Eve is smart and sexy and so is Roger, but the movie is still a great thriller. Jimmy Stewart again, directed by Hitchcock again. But this time the blonde is Kim Novak. Except maybe she’s a brunette, at least until Jimmy meets her – again. This film is all about duality, romance, murder, greed, lust, and jealousy. And vertigo. Jimmy falls in love with a friend’s wife, who may or may not be the reincarnation of Carlotta. And then she commits suicide. And Jimmy mourns her death, until he meets a brunette who looks just like the wife, when she cleans up a bit and bleaches her hair. What a co-ink-a-dink! He eventually finds out the truth and gets over his vertigo. Add in a lot of nice footage of San Francisco and wacky special effects and … well, that’s it! Again, Hitchcock used Cary Grant as the male lead. But this time, the gentleman prefers brunettes. One in particular, actually: Ingrid Bergman, who plays the daughter of a traitor to the U.S. Cary is keeping his eye on her, even as she’s forced by the authorities to marry a Nazi sympathizer. And it’s more than just national security that motivates him to keep tabs on her. The two make a lovely couple. And the plot is highly suspenseful, especially after the husband is informed that Ingrid is a mole. But does he have a surprise in store for him! This would be the Howard Hawks directed movie from 1946, not the totally crappy remake from the 70s. And the mystery very much revolves around the smoking hot romance between Humphrey Bogart as Philip Marlowe and Lauren Bacall as Vivian Sternwood. This film has hardboiled sensibilities and a thrilling romance. It’s among the most entertaining romantic film noir ever! Robert Mitchum and Jane Greer play a couple who fall in lust and try to run away with money belonging to Greer’s husband (played sneeringly by Kirk Douglas), who tracks them down. In any case, that’s just the backstory of a complex film noir, where the real romance is between Mitchum and Virginia Huston (as Ann Miller, who’s not the dancer). Frankly, it’s such an awesomely convoluted affair that it kinda, sorta makes up the fact that the end is such a downer. Audrey Hepburn wants a divorce, until she learns that her husband’s dead – thrown from a train. Then, she’s suddenly besieged by men who are convinced she has money that they’re all supposed to split among themselves. It’s three desperate men. Or maybe four. Or maybe … oh, never mind! In any case, Cary Grant appears to be her white knight in shining armor. Or is he one of the bad guys? Watch the movie and find out! It’s funny, suspenseful and romantic, even if Grant is old enough to be Hepburn’s grandfather. Once again, the film noir genre offers a romantic story. In this case, it’s the story of Laura, a talented ad exec, who everyone falls in love with. Some a bit harder than others. And again, one of the would-be lovers is a really old, old man. So when the presumed deceased Laura shows up, alive and well, the question is who tried to kill her? Let’s just say that Laura ends up well after all is said and done. So, it’s a film noir with a kind of happy ever after ending. I think. Hitchcock does it again! This time it’s Cary Grant and Grace Kelly. Grant is a retired cat burglar and Kelly is filthy rich and gorgeous. So when someone starts a string of B&Es on the Riviera, all eyes look to Grant, but he’s innocent – or so he claims. This film is highly suspenseful and has the most awesome banter between Grant and Kelly. Not to mention Jessie Royce Landis as Kelly’s mother. She was Cary Grant’s mother in North by Northwest, but that’s neither here nor there. In this movie, Ingrid Bergman plays a psychoanalyst, who her peers perceive as kind of an ice maiden. But, in fact, Bergman comes to care deeply for another head doctor, played by the ever-so-gorgeous Gregory Peck. Only it turns out Peck is an imposter, and the real shrink may have been whacked. On top that, Peck’s character has some mental problems that are expressed in Salvador Dali-like dreams. Thus, there’s a mystery to solve and the question is, “Can this romance be saved?” To find out the answer, watch this awesome movie! Buy one for your sweetheart!

PPS: Finally (and apropos of nothing), here’s my video for this week about the legal stuff that television shows and films get wrong! 🙂