Pre-order the Next Sam McRae Mystery 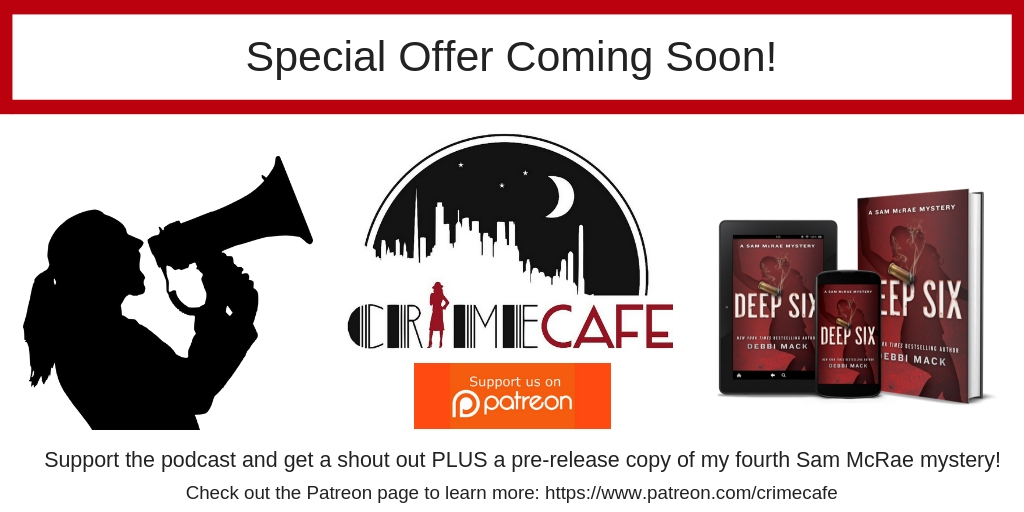 You actually have a choice. Right now, you can pre-order Deep Six, the fourth Sam McRae mystery with any buy link listed here.

Or … you can wait until next week, when the Crime Cafe podcast features a special offer on Patreon! You’ll not only get a shout-out on the podcast and social media, but you’ll get a free copy of my next mystery novel.

And here’s what I read from the book. It’s the prologue.

Don’t forget to check out the details on my Patreon page!