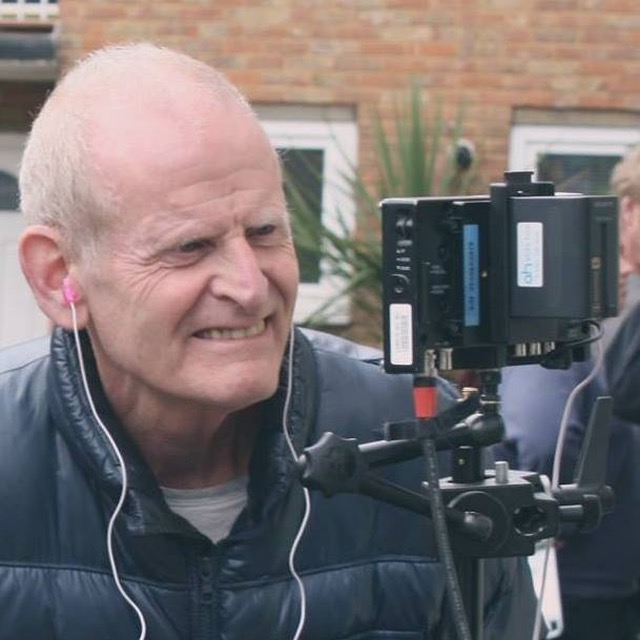 Given my recent fascination with indie film, not to mention my desire to someday traipse into that territory myself, it’s with great pleasure that I’m posting an interview with Kevin Nash, the director of Waking David. My interest in the movie extends not only to the subject, but to the manner in which the screenplay was written. The story was created entirely through improvisation. As a writer, I find this fascinating. In any case and without further ado, here’s my interview with Kevin Nash:

DM – I’m impressed that you developed a feature film script entirely through improvisation. I usually need to have an ending in mind before I start writing. Did you have any particular story arc in mind, once you figured out who the characters were and how they conflicted?

KN – Not really. The whole thing was a very organic process. We started with the characters, which the actors developed themselves based on people they knew or a combination of people they knew and their own ideas. And then we worked on finding a situation that would bring them into conflict. This took a lot of time. Harriet’s character, Scarlett, a successful American psychologist, has very little in common with the English suburban family that she visits for a weekend. Normally, their paths would never cross. We spent a lot of time exploring scenarios in which they would be forced to relate to one another—and the strongest connection was family. Once we found that link, we more or less allowed each “scene” to grow out of the scene before it. We had no preconceived notion of where they would all end up. Each time we met we worked on a few scenes and then we met again, sometimes rethought the scenes we had worked on the time before and then discussed “what next?” What was next basically grew out of what went before and what seemed natural to the characters. In fact, even after the scenario had been written and we had done a lot of the improvisation work to develop the dialogue, we found that parts of the story didn’t work. So we went back to the drawing board and went over scenes again (and did more improvisation work). DM – You mentioned the influence of Mike Leigh on your work. Do any of his films in particular stand out for you?

KN – I particularly love Mike Leigh’s early work when he was writing for television and some of his early films—in particular, Meantime (first major film appearances of Gary Oldman and Tim Roth) and Naked. Secrets and Lies was a great inspiration for me when working on Waking David—not so much because of the thematic connections (which came more from Henrik Ibsen) but because Leigh made such effective use of improvisation to handle complex scenes, particularly the barbecue scene at the end of his film. I wanted to find a way to orchestrate the second dinner scene in Waking David that would have the same kind of spontaneity through improvisation.

I think everyone benefits from creating characters through improvisation, but I think this approach would particularly benefit screenwriters.

DM – Do you think more screenwriters could benefit from creating characters through improvising with actors?

KN – I think everyone benefits from creating characters through improvisation, but I think this approach would particularly benefit screenwriters. One of the problems I encounter today in watching films is the lack of character depth and shading in so many screenplays. By working with actors who are given the freedom to create their own characters, screenwriters are liberated from conventions and stereotypes and, if they are open to both the challenges this presents and the opportunities it creates, they will find new and exciting narrative directions. Of course, this is not for everyone. Allowing the actors to create characters means a certain level of capitulation—even humility—by the writer. Once an actor has created a character, she will take ownership of that character and defend her passionately. So writers using this approach need to be prepared to surrender some of the control that they would normally exercise over the story. DM – I thought the contrast between the “dynamic, self-assured young American” character and the “stifled, English suburban” family was interesting. Is there a cultural subtext being explored with that? FYI, I can think of a few stifled, suburban American families. 🙂

KN – I think this is an excellent question on so many levels because it goes to the heart of what the film is about. Superficially, it is this conflict between the successful American psychologist who seeks openness in communication and the stifled English suburban family that believes the best course of action is silence that drives the whole film. And there is the additional element that the psychologist, Scarlett, is American and therefore culturally more inquisitive and open than the English family. But at the same time, as the film develops we start to see cracks appearing in Scarlett’s professional and cultural veneer and that perhaps her success and determination as a psychologist are a protective armor for her own problems. And, yes, I agree entirely with you that the themes in this film and the problems with stifled suburban families are universal. I lived many years in Dallas, Texas, and these themes largely grew out of that culture and societal background, even though in Waking David they are expressed through the lens of a London family. DM – Who do you picture as the ideal audience for the film?

KN – I think a number of groups will want to see this film—people who look for drama that unfolds naturally—is unforced and truthful—and who are prepared to indulge the film and the characters to tell the story in their own way. There are some startling revelations and dramatic twists at the end of the film, but it is the dramatic journey to these revelations that I think will interest audiences. I think a good comparison (not the story, the pacing) would be the Swedish film Force Majeure or the plays of Yasmina Reza (Art, God of Carnage—which was filmed as Carnage), where there is always a tension but the tension unwinds only at the end. I also passionately believe in my actors (who were also the writers/improvisers of the film). They don’t play these characters, they live them. And so we see a quality of acting that I believe is quite unique for a micro-budget film, and people who value good acting will appreciate that. Finally, though perhaps most importantly, this is a film written by women about women. I believe that there are not enough good parts for women in film and with Waking David we tried to reverse that trend by focusing all the attention on four very strong and nuanced female characters. Still, our own test screenings during post-production showed that the film appealed equally to men and women of all ages.

DM – The theme of secrets and lies is often used in film noir and crime drama. Your film strikes me as more of a family drama. How would you describe the film in terms of genre?

KN – I think “family drama” is an apt description. We struggled a lot with this because Waking David doesn’t fit comfortably into any particular compartment. A close analogy would be August: Osage County, which I see is described simply as a drama or black comedy. But Waking David is most definitely about the struggles and conflicts within a suburban family and so family drama works as a genre description for us.

I have already picked out a project I would love to do as my next film for PaintLick, and its themes go back to Greek myths.

DM – What movie do you picture PaintLick Films doing next? BTW, I love the name and concept of making old themes into new stories.

KN – Thank you for both the question and the comment. 🙂 And there is a link in both. The name PaintLick for our company was suggested by Harriet Madeley (who was also the first of us to see the Ibsen connection with the film’s themes of non-communication, secrets and lies). Her idea was that Waking David took themes that had been in many ways the life work of Henrik Ibsen and gave them a modern setting (a new “lick of paint,” as she put it). It occurred to me that this would be a good banner for the company’s work as a whole—to revisit themes (not necessarily plots) from earlier works (plays and books). Along those lines, I have already picked out a project I would love to do as my next film for PaintLick, and its themes go back to Greek myths. It’s based on a one-act, one-person play that I saw a while back at the Edinburgh Fringe Festival. Unlike Waking David, this would be more in the nature of a social drama, embracing important themes and concerns about social services and welfare (similar in this respect to I, Daniel Blake). But I haven’t yet secured the right to make it from the writer, so I can’t tell you more. 🙂

DM – Sounds intriguing. 🙂 What was the hardest part of creating a script through improvisation?

KN – Just about everything! (But I wouldn’t trade it for the world.) For anyone who thinks creating a film script through improvisation is easy, I have two words: think again. It takes a huge amount of planning and time, and in our case, multiple phases. The actors first had to create the characters—and even these characters evolved through the process. Then, after creating the basic synopsis, we had three weeks of improvisation sessions. Those sessions were recorded and then transcribed, but of course the dialogue had to be trimmed and edited. And then we found that some of the narrative didn’t work and we had to do more improv sessions. Altogether, from inception to completion of the script, the process took a year and a half. And sometimes, our work created conflict. Actors take ownership of their characters when they are created through improv and when you want to change something that is illogical for their character, you need to persuade them that this would work. You can’t simply demand it; you have to justify it. But that’s what I love most about the process—it is ultimately honest and real.

DM – Do you think it’s better to start an indie film career by making short films before jumping into features?

KN – No, personally I don’t. My first two films were shorts. They helped me develop an idea of how to put a production together and understand film language but ultimately they delayed my development as a filmmaker. Every time I thought of making a feature, I would fall back onto the crutch of making a short film. This made me feel good but it did nothing to help my career. DM – Is there anything else you’d like to say that I haven’t asked you? KN – Just visit our Facebook and Twitter pages and look out for any announcements about screenings. We can’t show the film publicly yet as we have submitted it to a number of film festivals, but if we get accepted for any of them, we will post the date, place and time on Facebook and Twitter; and of course if it’s showing near you, please try to see it. And finally, Debbi, I want to thank you for asking me such interesting and challenging questions and for giving all of us at PaintLick a great chance to talk about our film.

It was my pleasure to do so. Thank you, Kevin! 🙂