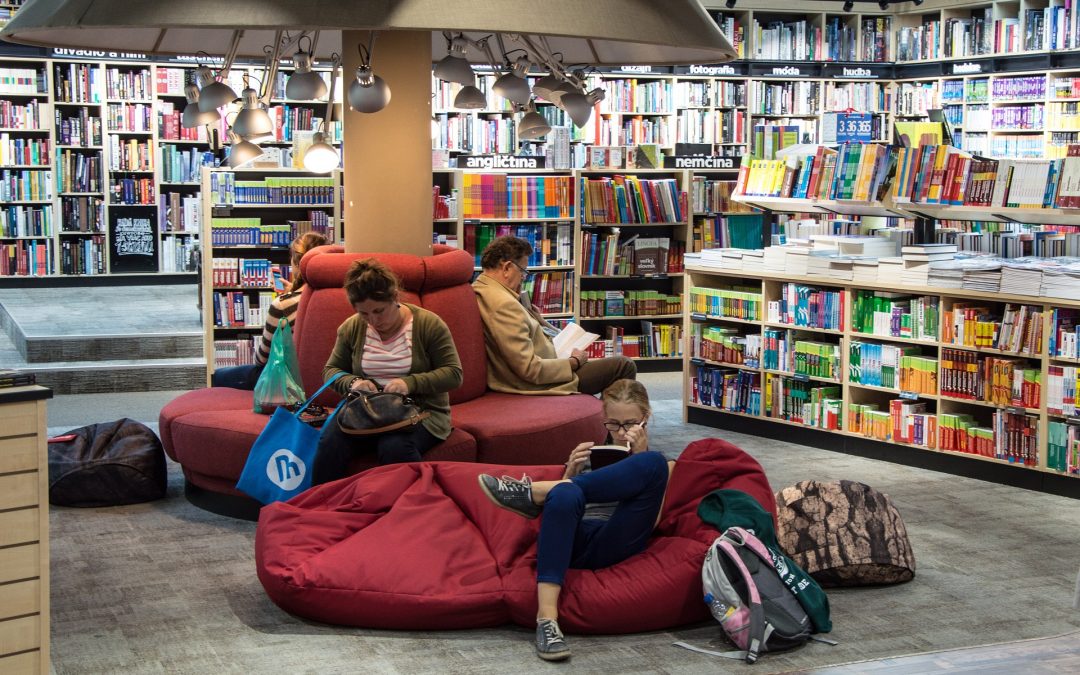 Hi! 🙂  This post is about my crazy idea for supporting local bookstores by supporting authors all over the world.

I’ve explained it in my vlog for the week.

And for those who’d rather read this than watch my video (or who’d like to read while they listen/watch), here’s the transcript:

Hi, Debbi Mack here and I have a crazy idea to propose. But first I’m going to answer a question posed by a viewer earlier about my stroke. I had a stroke in late 2004, and it wasn’t because I had an unhealthy lifestyle or high blood pressure or anything like that. It was because I had a hole in my heart. One of those congenital holes that can be closed up easily now, but couldn’t when I was a kid, so it was never closed. They didn’t discover it until I had my stroke back in 2004.

As a result of the stroke, I developed dystonia. Dystonia is a movement disorder that causes involuntary clenching in various body parts. For some people, it’s the neck, for others it might be the eyelids involuntarily blinking. For me, it’s the left side of my body, my hand and my foot, because my stroke affected me on the left side. So that’s the situation there, but that has nothing to do with my crazy idea.

My crazy idea was actually inspired by James Patterson. Every year, James Patterson gives a huge donation to independent bookstores. He makes way more than most authors and gives a big chunk of his income to indie bookstores.

So, my crazy idea is that I would like to give 10% of my net income from selling books, assuming I make any net income at all, to an indie bookstore. Or, if I make enough, to three or four bookstores. Whatever I can afford. In fact, I’d like to suggest that all authors pledge to give a small percentage of their net income to the indie bookstore of their choice. I’ve heard of authors who claim to make six-figure incomes by selling books. How hard would it be to donate any amount to support your local bookstore?

I’m working out exactly how to effectuate this plan. Unfortunately, right now I’m making this much [nothing] from selling books. Really. That’s a big fat zero, yeah. I’m spending more trying to produce and promote my books than in selling them. So obviously, that has to change.

But you can help me by buying my books. I’ve published several books, in print and ebook, as well as audio versions. I have a whole series of mysteries that I’m going to be re-releasing, because right now they’re out-of-print, but the first one is in print. I have a young adult novel, in print and ebook, which will soon be released in audio. My latest novel is a thriller. I’m also working on a new mystery with a new protagonist. I’ve got a collection of short stories. I’m going to be issuing some more of my short stories as singles as time goes by. I also write film reviews and have a collection of film reviews and will be issuing more ebooks about film as time goes by.

So if you can buy my books that’ll help the indie bookstores as well, because then I won’t be making zero anymore and neither will the indie bookstores. [That’s supposed to be a joke, okay? 🙂 ] I’d appreciate it if you’d buy them wherever you buy your books, whether it’s Amazon, Barnes & Noble, Kobo, Apple, or Smashwords or Draft to Digital. Or on my own online store. [Or, needless to say, your local bookstore, assuming they carry my books.] Thank you very much, and take care.

Yes, I still need to come up with the minimum amounts at which I’ll make my donation. Frankly, at this rate, I’ll be glad to make a hundred bucks at this game! 🙂

I’ll conclude with the thought that by purchasing authors’ books and having the authors, in turn, give even a tenth of their net income to their favorite local bookstore(s), it could make a huge cumulative difference for all concerned. It’s as simple as the idea of a rising tide lifting all boats.

PS: Amazon made a small change to the way it sells books. Publishers are terrified.

This is taken directly from the above-referenced article:

Very recently, Amazon made a small, barely noticeable tweak to the way it sells books. And that little tweak has publishers very, very worried.
The change has to do with what Amazon calls the “Buy Box.” That’s the little box on the right-hand side of Amazon product pages that lets you buy stuff through the company’s massive retail enterprise. It looks like this:

Why, a box that lets you buy! What will they think of next?

It used to be that when you were shopping for a new copy of a book and clicked “Add to Cart,” you were buying the book from Amazon itself. Amazon, in turn, had bought the book from its publisher or its publisher’s wholesalers, just like if you went to any other bookstore selling new copies of books. There was a clear supply chain that sent your money directly into the pockets of the people who wrote and published the book you were buying.

Which means the publisher might not be getting paid. And, by extension, neither is the author.

Understandably, both publishers and authors are deeply unhappy about this change.

PPS: Be sure and get in on the big Middle Grade summer reading giveaway contest with free books and cool prizes! Just click here for more info! 🙂