How (Not) to Write Legal Novels (and Other Stories) 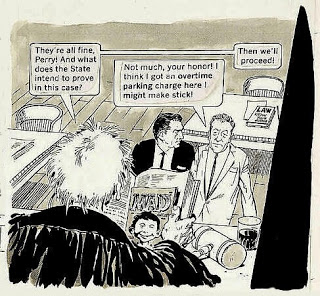 To be honest, I don’t intend to get into the gory details about how to write legal fiction properly. I picked the headline, because when it comes to legal novels (and other stories), so often authors get the details all wrong.

But why do so few writers double and triple check the legal details, when those issues come up in novels and screenplays?

Why must I endure such ridiculousness as watching a lawyer give a speech to a witness on the stand, instead of asking a freaking question? Seriously – don’t!

Today’s vlog will be the first of (hopefully) a series of videos, in which I’ll discuss some of the myths about law, as well as some of the worst offenders in book or on screen. Not to mention some of those who do it really, really well!

And lest you say, “Gee, Debbi. Aren’t you as guilty? After all, how many lawyers investigate murders? Let alone break into strip clubs to find them?”