A Book About One of the Greatest Crime Novelists 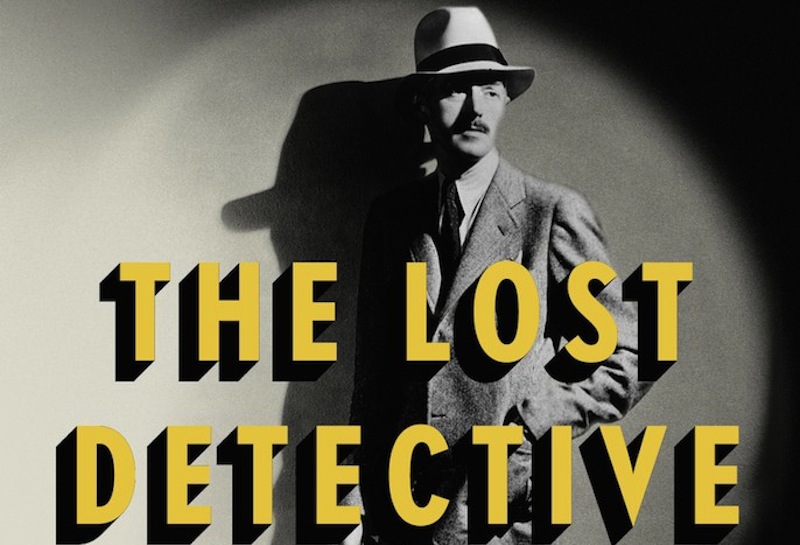 The following are excerpts from an excerpt of a book about one of the greatest crime novelists ever, Dashiell Hammett.

The book, BTW, is THE LOST DETECTIVE.

I’ve always been fascinated by Dashiell Hammett, in that he pretty much set the stage for Raymond Chandler, Ross Macdonald, and all the rest of the hardboiled mystery authors. Not only that, but he was born in Saint Mary’s County in Southern Maryland and grew up in Philadelphia and Baltimore. On top of which, he worked for the Pinkerton National Detective Agency, which means he totally wrote about what he knew.

Okay, that’s my part of this post. Here are the excerpts from the book. About Dashiell Hammett.

During the winter of 1932, Sid Perelman saw Dashiell Hammett back in New York, at the Sutton Club Hotel on East 55th Street. To land there, Hammett had burned through his remaining movie money at more luxurious establishments, living lushly at the Hotel Elysée and the Biltmore and the Hotel Pierre on 5th Avenue, where he was finally stranded in his suite, unable to settle his bill of a thousand dollars. Word reached his friends, who invited him to join the group of literary guests (James T. Farrell, Erskine Caldwell, Herbert Asbury) living cheaply at the nearby Sutton, a good place to work if you were close to broke and didn’t care, for the time being, about ugly furniture or bad coffee.

Hammett contrived a scheme for sneaking out on his bill at the Pierre: “His knowledge of the mentality of house detectives provided the key,” Sid Perelman recalled in a memoir. “Hammett decided to use fat as a subterfuge. He pulled on four shirts, three suits, innumerable socks, two lightweight ulsters, and an overcoat, cramming his pockets with assorted toiletries. Then he puffed out his cheeks, strode past the desk without a glimmer of suspicion, and headed for the Sutton.” There, when the faux fat man arrived, Perelman and others were all gratefully ensconced with their own projects. Hammett brought his own.

So … here we see the possible source of inspiration for The Fat Man! As in Casper Gutman, right?

The Sutton Club was a serviceable new establishment managed by Sid Perelman’s brother-in-law, Nathanael “Pep” West, who offered his empty rooms to a clientele of deserving writers. Ability to pay was not the main criterion for West in sneaking in his literary guests in his unof­fi­cial writer’s colony. West himself had so far written one unpublishable novella, and was working on his first short masterpiece, Miss Lonelyhearts, about a newspaper advice columnist with a Christ complex, which Hammett would read in manuscript while a guest at the hotel. West put three grubby rooms together for Hammett and classily dubbed it the Diplomatic Suite. Hammett would stay eight crucial months.

But enough about that! Here’s more curated content from that excerpt.

He had spent eight comparatively spartan months at the Sutton. After pulling the final page from his typewriter and turning in the manuscript in the spring of 1933, he was back briefly in the black, and the time for “locking-in” and discipline was over. Liquor was again legal.

The book he had written, in addition to its central mystery plot about the search for a missing inventor, Clyde Wynant, over several days in December, was also clearly an account of what it was like to be suddenly wealthy and an ex-detective from San Francisco, spending as quickly as the money came in and bantering with your sophisticated lady friend at a series of parties and Manhattan hotels.

Sometimes in his bathrobe, having scotch for breakfast, Nick Charles is a burnt-out case moved to do things mainly out of love for his wife. “We didn’t come to New York to stay sober,” he reminds her when events threaten his Christmas plans. Up from the lobby of his Hotel Normandie come a host of characters from his detecting past. The adventure seeks him out, buzzed and resistant as he is. Even when wounded by a bullet, he is in his hotel bed, throwing a pillow in defense. Nick Charles is three things rare in a good detective: drunk, famous, and accompanied usually by his charming wife.

Nothing about The Thin Man seems especially dangerous, just as its protagonist is retired from the active line of fire himself. The comedic mystery was new when Hammett produced his final published novel, which opens with Nick waiting in a 52nd Street speakeasy while Nora shops at Saks and Lord & Taylor with the dog. The Charleses are too sophisticated for a classic suspense story. …

As witty as its characters are, The Thin Man has an undercurrent of sadness beneath its partying façade. It is a novel whose larger setting is fame. Nick Charles, like Hammett, seems a bit adrift in New York society, the more so because people he meets admire him for things he did in a harder life years ago. He does love calling for the newspapers to be sent up to the couple’s hotel room, to see how reporters have written him up. Recovering from the last bleary months, typing in his cheap rooms at the Sutton, Hammett wrote about fancy hotels and wealthy women and being newly famous. Nora was Lillian Hellman, he told her, but then she was also the crazy young blonde and the “villainess,” too. He dedicated the book “To Lillian.”

Finally, here are some Nick and Nora Charles moments!

BTW, here’s another article I really loved! To quote Helen Mirren: “If I ever had children, which I don’t, the first thing I’d teach a girl of mine is the words ‘f— off.'”