My Book Review of ‘In the Dark We Forget’ 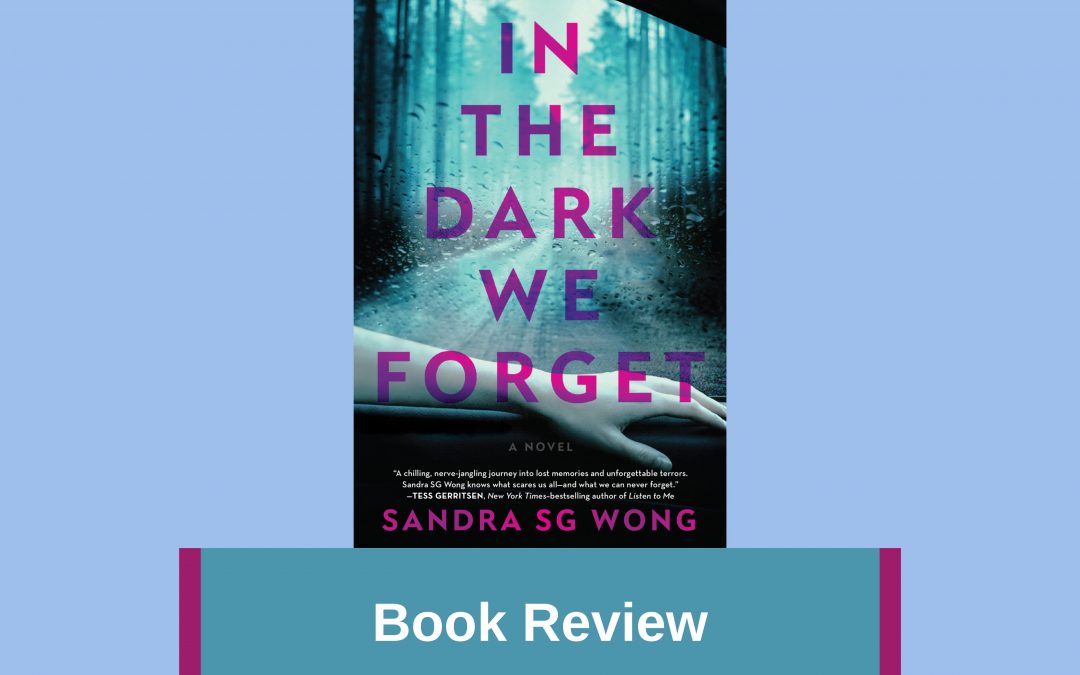 Hi! Today, I’m reviewing IN THE DARK WE FORGET by Sandra S.G. Wong. Yes. Well, this is a really interesting book.

I gotta tell you it’s about a woman who, when we meet her, she can’t remember anything. She’s walking around in the woods or whatever, in this place. We don’t know exactly where we are at first as I recall. But, yeah, we eventually find out that she’s in Canada, but she’s completely lost her memory. She’s just, you know, in the woods, hanging around the side of the road, wandering and not knowing who she is, what’s going on. And somebody with the police, the local authorities finds her and tries to help her. And I won’t say much more than that. I’ve been trying to think of how to sum up this book and really it’s just about a woman recovering her memory after horrible incidents.

And it’s just, it does a great job of making you feel how terrifying that would be. To simply not know who you are, how you got where you are, and yet have memories from before that time enough to be able to piece it together. So it’s not like she doesn’t remember how to say words or how to communicate or how to do the simplest things like, oh, “I know that I live in such and such a place,” you know? I mean, it’s very thought provoking, I guess. Yeah. But at the same time, very suspenseful. And I thought it was very well-handled. She finds out things that she doesn’t necessarily like about herself, which was a very interesting way of exploring all that. But there are also certain ethnic issues being raised here, because she’s Asian and that plays into the plot as well. So it’s cleverly done. It’s well, well written and certainly one that I would recommend reading. So that’s it for me. And I’ll talk to you later. Nice cover, huh? Yeah. I love it. Take care. And I’ll talk to you later. You can buy this from the following retailers:

PS: Some of the above are affiliate links. You don’t mind, right? 🙂