My Book Review of ‘A Mind for Murder’ 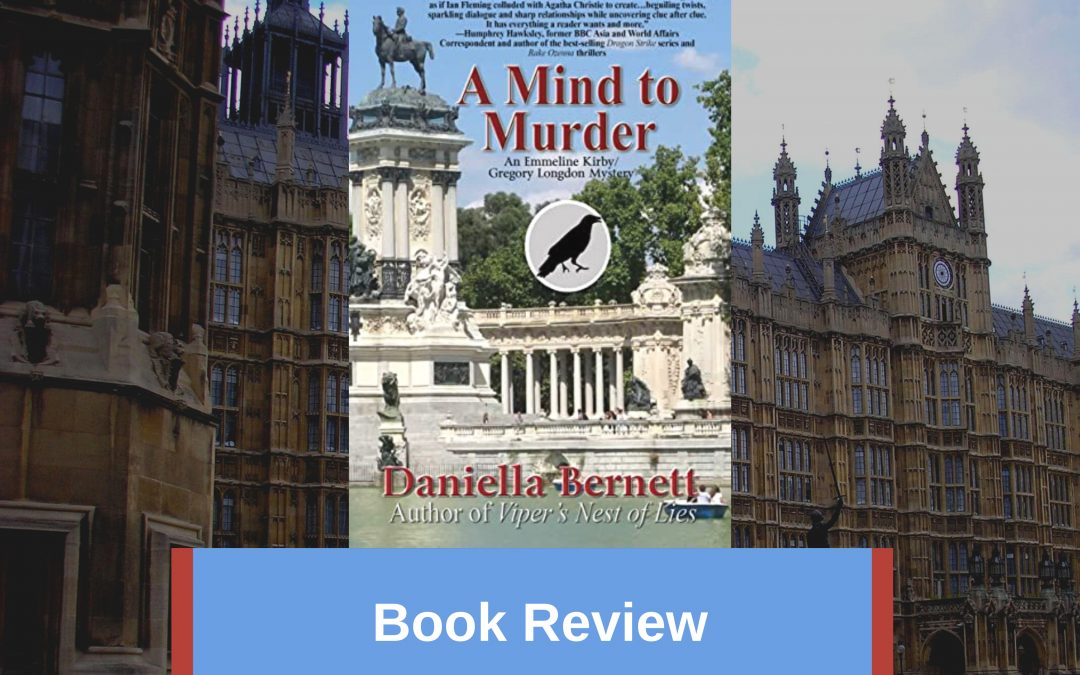 Hi today, I’m reviewing A Mind to Murder by Daniella Bernett. I almost said Emmeline Kirby. <Laugh> Emmeline didn’t write the book. Emmeline is the main character along with Gregory Longdon. It’s an Emmeline Kirby/Gregory Longdon mystery, and I read it on my Kobo, so I don’t have the cover to show you, but maybe I’ll insert it somewhere.

In any case, in keeping with the series, the two of them are at it as usual. Emmeline is a reporter on a quest for the truth about a situation and Gregory is still sketchy, <laugh> and let us just say that somebody dies in a very peculiar way. A muckraking journalist, basically who Emily can’t stand and she gets involved. She and Gregory get involved in finding out who killed this person for various reasons. It was at the theater and very public. And the other thing is that Russian spies are involved in this somehow, and it all leads up to a big confrontation with this person called the Raven that takes place in Madrid, and Emmeline gets really involved because her stepbrother, I believe it is becomes implicated or the Raven tries to implicate him.

In any case, at the same time, Gregory is trying to unload a couple of really huge diamonds. One is the Pink Courtesan. The other is the Blue Something, the Blue Angel, the Blue Diamond? Whatever it is, it’s big. And so there’s that. And I have to say that I love the series. I love the interchange between the characters and I love that Gregory just keeps, keeps somehow slipping through people’s fingers on this stuff. So it’s fun and an exciting read. And oh, the other thing I was gonna say is, for some reason, I really like Finch. Finch is just a great character. I mean, everybody else is arguing about stuff and Finch is like, “Hey, everybody. Chill out a bit. Let’s think about this.” So Finch is a really awesome character. He plays off well with the inspector who has such a difficult time with Gregory. And sometimes Emmeline. <Laugh> In any case, it’s a fun read and I recommend it. Thanks. And I’ll talk to you later.

And one more thing, there’s probably a mention or two of Cafe Nero in this book. So extra points. <Laugh> I love British references. What can I say? Now if I can find a book that mentions Jammie Dodgers, I’ll be very happy. Talk to you later. You can buy this from Amazon or Apple.

Another link to Apple here.

You can also buy it from Kobo.

PS: BTW, that photo behind the book cover was taken by my husband while we were in London.