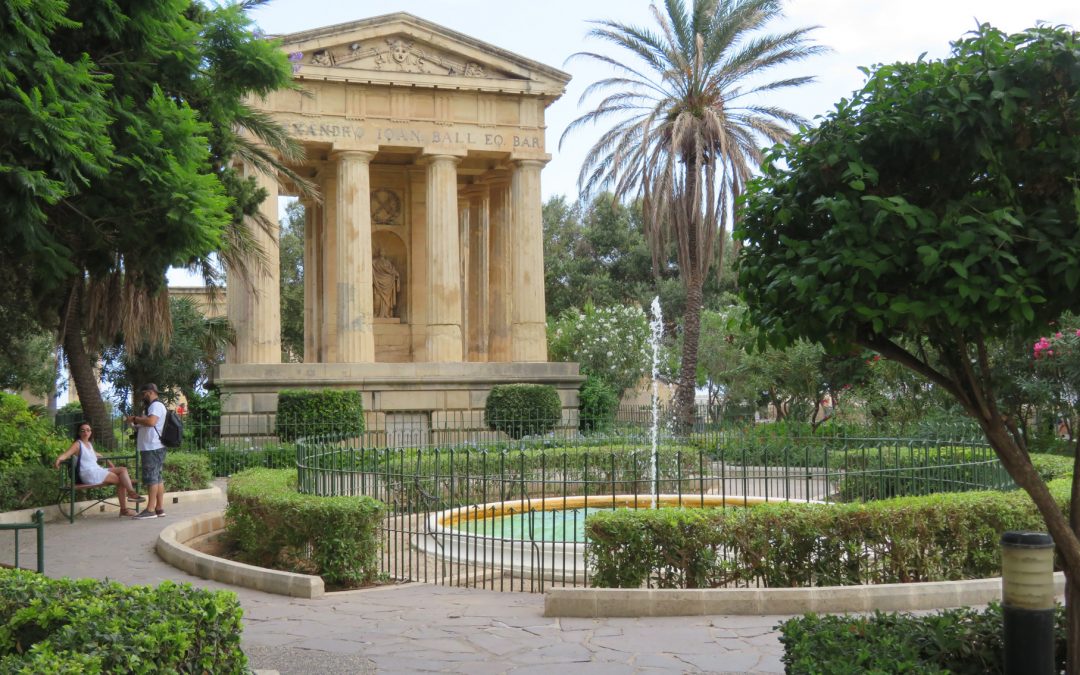 Isn’t that gorgeous? I’m ready for a trip. 🙂

Daniella Bernett has stopped by to talk a little about her upcoming release VIPER’S NEST OF LIES. This is the latest entry in the Emmeline Kirby-Gregory Longdon mystery series. She’s sent a few location photos to share with you. On Murder’s Trail
By Daniella Bernett

I would like to thank Debbi Mack for welcoming me back to Crime Café. This lovely forum allows mystery aficionados to delve into a hotbed of crime and not have to worry about the legal consequences. Yes, murder and mayhem are a guilty pleasure. But there is no better way to stimulate the intellect.

I invite you to indulge in a spine-tingling escape to the wrong side of the law with Viper’s Nest of Lies, the seventh book in my mystery series featuring journalist Emmeline Kirby and jewel thief/insurance investigator Gregory Longdon. It’s a contemporary story steeped in obsession and murder, whose tentacles of revenge and corruption stretch from London to picturesque Malta.

I’m certain fellow authors will concur, when I say that the one question we’re always asked is: Where do you get your story ideas? Lean in close, I will share my secret. That delectable morsel known as “inspiration” comes from…everywhere. A news article, a place that has made a strong impression on me, a snippet of conversation. My author’s mind is like a sponge and everything is fair game when it comes to spinning a tale. While this book is a melding of all three sources, the last was the most potent. It was launched by a suggestion made in jest about someone finding a bloody knife in his or her luggage. Death is a serious business and naturally my wicked imagination found this irresistible. I am not inherently cruel, but I admit to having a diabolical streak. The happy ending is boring, no matter how much the dear reader craves it. The foundation of a story, especially a mystery, must be built on TROUBLE. The more, the better.

Emmeline did not view the situation with quite the same sanguine equanimity, when a stiletto knife with a crust of dried blood was discovered in her bag at Heathrow Airport. It was utterly ridiculous. She could never kill another living being. Besides, where was the dead victim? One can almost pity her. She should have known that it never bodes well to tempt Providence. The body of Sebastian Jardine is soon found in the boot of Detective Superintendent Oliver Burnell’s car and accusations begin to fly that he and Emmeline conspired to commit murder. None of her close friends is left unscathed by these evil machinations. Philip Acheson of the Foreign Office is forced to go on the run, after Special Branch agents come to arrest him. At the heart of this web of deception, is Jardine, a man who supposedly died five years earlier, and his obsession with a fancy vivid pink diamond with a murky provenance. And yet, I needed to heighten the tension as Emmeline and Gregory set out to prove her innocence. I find that a dollop of corruption often does the trick. In this case, I came across the fascinating fact that Malta is a money-laundering haven. Those of the criminal persuasion with bank accounts bursting with illicit loot can purchase a Maltese passport, known as a “Golden Visa.” This precious document allows them to move freely and gives them carte blanche to make investments in EU countries and avoid prosecution back home. Meanwhile, I eagerly followed articles about Daphne Caruana Galizia, an anti-corruption journalist who was murdered in 2017. Galizia and Emmeline could have been kindred spirits. For these reasons, the former British colony was the ideal setting to lure Emmeline and Gregory. Malta also seduced my soul with its beauty. As I ambled along the streets of Valletta, the capital, I felt as if I was walking in the footsteps of the Knights Templar. It was pure joy to gaze upon the elegant architecture of golden Baroque and neoclassical buildings, palaces and fortifications. I also found myself lingering in the Lower Barrakka Gardens to listen to the merry chatter of the reflecting pools, as the soft wind caressed my cheeks. The terrace in the garden is perched atop St. Christopher’s Bastion, providing a breathtaking view of the mouth of the Grand Harbor and the breakwater below. But beauty can mask myriad sins that are better left undisturbed. Alas, Emmeline’s penchant for rattling cages and asking one probing question too many places her and Gregory in mortal peril amid the narrow, crooked streets of Mdina, which sits on a hilltop and is known as the Silent City. The truth may roar, but not in the cold cocoon of the grave.

If Viper’s Nest of Lies piques your interest, don’t miss Lead Me Into Danger, Deadly Legacy, From Beyond The Grave, A Checkered Past, When Blood Runs Cold and Old Sins Never Die, the other books in my series where Emmeline and Gregory put their lives at risk when they’re thrust into imbroglios involving government intrigue, stolen diamonds, looted art and blackmail.