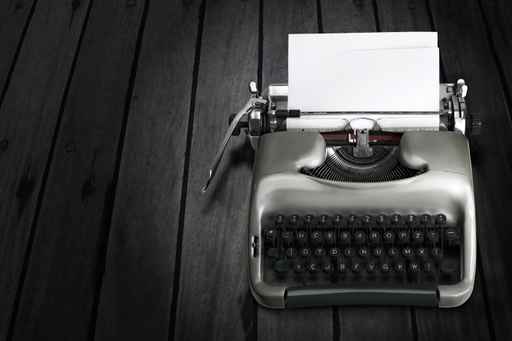 So, along with writing mysteries (hopefully, great mystery books, along with a new thriller), screenplays, a webisode, blog posts, a short story, and making videos (some of which are documentaries or documentary-like, at any rate), I’ve been thinking about putting out a short series of essays. Possibly. Maybe.

Creative non-fiction is a thing. Something called “new adult” is a thing. So many things, so little time, so many rehab sessions, and so many stretching exercises. But am I overwhelmed? Hell no!

Of course, you should see the people I do at Kernan Hospital. So often, they’re in much worse straights than I am. It’s quite inspiring, actually. In fact, I even thought about making a documentary there, but that could be tough for legal and medical privacy reasons. So … who knows? But, I digress …

So, I was thinking about this whole “creative non-fiction” thing. And I realized that it sounded almost like the “new journalism”. And then I looked each of them up in Wikipedia and – low and behold – they pretty much were!

I’ve been reading a book about creative non-fiction (which includes memoir) and it sounds pretty cool. So I might just take a crack at that.

For example: I was at the dentist yesterday and I had this weird flashback. And no, it wasn’t an acid flashback – I was too young to be a hippie – thank you very much. Anyway, I found a site that talked about short memoir, then challenged you to write an essay in 15 minutes. The site even timed you. So I did. And here’s what I wrote:

I was at a dentist appointment today, when I had the weirdest flashback ever. My hygienist said that my bone density was getting lower. And I thought “My God. How low can my bone density go?” I was so worried, because my teeth are crap. Thanks to my horrible aunt!

See I had to go live with my horrible aunt, who was like ten times worse than the Wicked Witch of the West. And my uncle was a weak and useless man who never stuck up for me or himself for that matter.

Anyhow, one day while I lived with them, I told them my teeth hurt. And I said, “Hey. Maybe I should go to a dentist?”

So … they took me to the dentist. I was 13 years old mind you. And the dentist looked in my mouth and said, “Oh, my,” or something like that.

See, I had so many cavities they had to set up a bunch of appointments for me. And then, the dentist also said, “I’m afraid I’ll have to pull one of your teeth, because it’s so rotten.”

At that point, I nearly jumped out of my chair and said, “I’m sorry. This isn’t supposed to happen. I’m not supposed to lose my teeth at age 13! This can’t be happening!” But it was, so instead, I just felt like crap.

And then my horrible aunt, who had the nerve never to take me to the dentist on a regular basis, she said, “You know, it’s pretty much your fault that this happened. It’s partly our fault, but mostly your fault. So … be more aware, okay?” Or something.

Well, I didn’t believe her. I knew she was nuts. And, thanks to that horrible woman, now I have a mouth full of rotten teeth. Well, actually, thanks to her and another aunt and uncle who didn’t do right by me in the dental department. But that’s a long story and I only have 15 minutes.

So, anyway … I had this flashback in the dental chair. So while the hygienist was yapping about whatever, all I could think was, “Boy, I wish I could bring my horrible dead aunt back to life, so I could kill her all over again. That would be awesome!” Preferably with a machete.

But, actually, I wouldn’t really do that, because I’m a goddamned pacifist. Oh, well …

Okay, okay … I was going for laughs with that. Really! I’m not a violent person. But, honestly, I did have that flashback. And it was something that happened to me.

So … if I applied some creativity to real subjects – well, imagine what I could do. Maybe I could emulate some of my favorite writers, like Hunter S. Thompson. Except not quite that crazy! And, by the way, here’s my video for the week. It’s about six-word memoirs.

Also, I’m no longer screaming when I have Botox injections in the bottom of my foot! Awesome! 🙂

PS: Be on the lookout for the Crime Cafe, debuting in July! PPS: Could we talk less about the Confederate flag and more about this cat!? 🙂