Why I Write About a Lawyer Sleuth 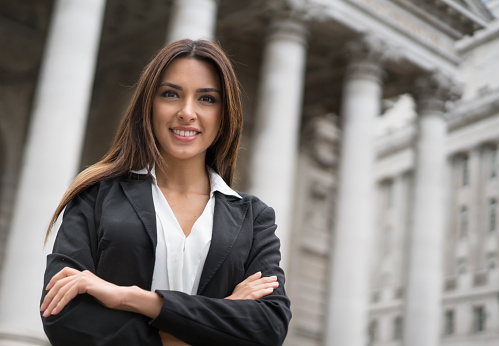 They say, “Write what you know.” If I did that, it would limit my creativity in too many ways. Nonetheless, I did choose to write my first novels about a lawyer (which I also happen to be).

I wanted to write about a lawyer sleuth, not because I’d practiced law, but because it distinguished her from other private eye characters. Making Sam McRae a lawyer creates various obstacles that a private eye doesn’t have to deal with. For one thing, attorneys can’t ethically misrepresent themselves when talking to other people in the course of their duties. So, while female sleuths like Kinsey Millhone can lie like a rug (and even boast about those abilities), lawyer sleuths don’t have that luxury.

I’d be lying, however, if I claimed that my stories haven’t been influenced by my experiences while in practice. That was another reason I chose a lawyer protagonist. One of the most troubling things I experienced firsthand as an attorney was the amazing ways that the justice system simply failed certain people.

While I don’t see my books as media meant to proselytize or impose political views, I do think the mystery genre is well-suited to exploring the myriad ways our justice system can do better by our country’s citizens.

If Sam skirts a bit close to the edge with respect to ethical constraints now and then, it’s done with the intent of accomplishing a greater good. You could think of her as a lawyer version of The Equalizer, for those of you who remember that show. 🙂

Also, here’s the final version of the book trailer for Least Wanted.

You can also read the first six chapters of Identity Crisis on Wattpad! 🙂