What is Copyright Law? 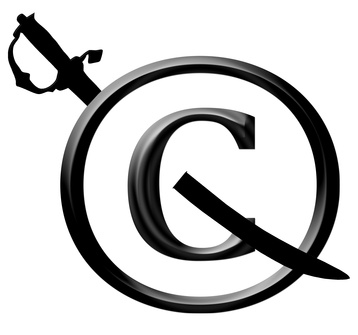 For your information, I thought I’d explain a little about what copyright law is and all it entails, whether your content is in print, pixels, or whatever.

For this purpose, I’ll refer you to the following article, “Courtesy. Kindness. Respect. Copyright infringement”.

To quote the article:

What happened to the simple act of asking for something that does not belong to you before you take?  Courtesy, kindness, and respect no longer seem to exist.  Instead, copyright infringement or theft seem to be the order of the day. Many young people claim they take from the Internet without permission because they don’t know they are supposed to ask – they claim ignorance!  Yet, my silly and obviously antiquated belief is that if something is not yours, you should always ask for permission to use or take it. But so many ignore that concept, or perhaps they never learned it because their role models didn’t. Instead, they seem to believe that you do what you want, hurt whomever you want, create as much havoc as you want and if caught, ask for forgiveness later. What an entitled way to think!

Yes, there really is this thing called copyright. The copyright laws of the US of A were created by Congress, in order to grant creators of original content exclusive rights for its use and distribution.

That’s why authors must sign contracts before publishers have a license to use and distribute their content. And that’s why a book’s author grants an option to producers before the producer can even think about adapting the work into another medium, e.g., film, television, Web content, etc.

The article goes to say that people will often lift passages of other people’s work off the Internet, because they figure if it’s on the Internet, it must be for all to use. But that would be completely and utterly wrong! These people are confusing public domain material from content that’s on the Internet.

The article then goes on to say the following …

Sure, a person can get away with using other people’s property on the Internet easier that taking material objects. The Internet’s vastness makes it seem easy. There are millions of websites, Facebook and Twitter accounts out there, this person will never know I am using their IP without permission.

So, I put it to you. Why is this happening? Why are people simply lifting content without permission. Most likely because enforcement is problematic, at best. Certainly, it isn’t because there are no remedies. However, when you consider that you can’t prove much in the way of damages for stealing shit written on the Internet, well … that is a problem, isn’t it?

And naturally, even copyrighted material is subject to the fair use defense. But that’s a bit complicated, so I won’t get into the details.

Furthermore, who’s going to go to the trouble of registering every blog post, Facebook update, or tweet they post with the U.S. Copyright Office? Because you know you can’t get statutory damages for stuff that isn’t registered. You did know that, right? Well … that’s something you should know.

Anyhow, the article goes on to say …

Yes, the Internet is a wonderful thing, but it’s not a bastion of anarchy where the moral and legal rules of society suddenly don’t apply. Just as there is an expectation that we respect other people’s material property, we must also respect the intellectual property of others.

I couldn’t have said it better myself! 🙂

On that note, here’s a handy song about copyright and fair use.