Too Old to be Cool? Yeah, Right! 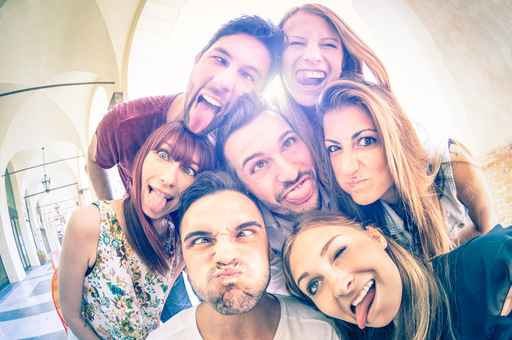 I have no problem with aging gracefully. That doesn’t mean I can’t be myself and say what I want.

I recently read an article from no less an authority than the AARP Bulletin. Well, from the sound of that article, you’d think turning 50 requires changing your whole personality. Yeah, right!

You’d think it was totally impossible to be cool and … more advanced in age. Well, nope. Don’t think so.

I’ll quote some of the article, to give you an idea:

What follows here is a smattering of silly syntax — slang that people of my generation should never utter.

Panties. Did I ever actually say “panties”? Nobody should say panties, even toddlers. Did this infantile, diminishing, eroto-weird noun come out of my mouth? Why is it still used in catalogs … or outside brothels? Or inside brothels? Let’s say underwear, smalls or simply point.

Cool. I was young when I first became a parent, and when my first child was a high school senior, I had license to use this word. It was, however, a probationary license. Now, the silence that falls on the room when I say” cool” means that it’s not.

Maybe it’s me, but is the word “panties” really more eroto-weird than “boxers” or “briefs”? What about the term “undies”? Are we required by virtue of age to use all available syllables?

Now, here are some more words that are apparently uncool for me to say. Whoops! Oh, well.

Freakin’. When little kids say it, their mouths cry out for soap. When we do, it cries out for restraint. Or restraints.

And that’s just the beginning. Other words and phrases that antiquarian 50+ types must not use, according to AARP, include the following: “I’m like …”, “chill out”, “as if”, and “whatever”.

Well, all I can say is chill out, dude, and don’t get your panties in a bunch. I mean, as if.