The Mystery of Jeff Cohen’s Identity: A Guest Post 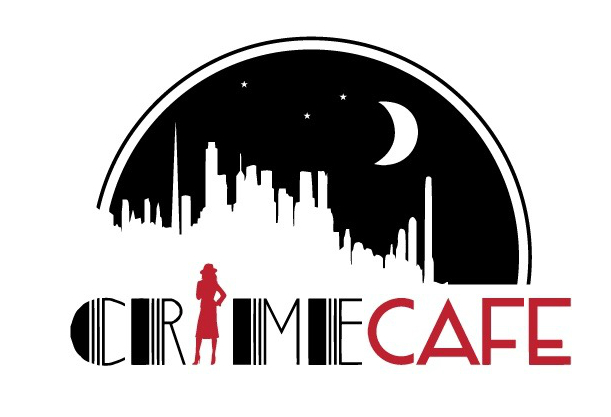 It’s my great pleasure to have as my Crime Cafe guest blogger the very funny mystery author Jeff Cohen, who also writes under the name E.J. Copperman.

I first became familiar with Jeff’s work when I read and reviewed the first Asberger’s mystery, THE QUESTION OF THE MISSING HEAD.

Now, when I read the book, I assumed there was another author named E.J. Copperman. Although, I didn’t assume that E.J. was necessarily female. I mean men can use initials, too. Am I right? It worked for J.R.R. Tolkien.

In any case, Jeff (or E.J.) will be giving away a copy of his latest book in that series, THE QUESTION OF THE UNFAMILIAR HUSBAND, which will come out in October. That’s next month! To enter the giveaway, just send an email request to ejcopperman [at] gmail [dot] com.

And so, without further ado, here’s Jeff!

There is nothing I love quite as much as writing with E.J. Copperman. The most generous of collaborators, E.J. is a pillar of strength as we attack the story in progress every single day to cobble each aspect of the tale (characters, plot, dialogue, verbs) into its best possible configuration.

On the other hand, E.J. Copperman is unquestionably the most devious, two-faced, duplicitous son of a bitch I know. Desperate for credit on everything I write, the louse sucks up the air in every room we share. It’s practically impossible for me to do anything without E.J. looking right through my own eyes and commenting on every move, every word, every gesture. Honestly, there are times I’d like to buy back my introduction.

(Note: This may be the point to inform the reader that Jeff Cohen and E.J. Copperman are the same person.)

There’s something about collaborating with yourself that brings out the yin/yang in a writer. Write under a pseudonym and you don’t necessarily feel yourself changing your style at all. You feel like you’re writing just the way you always have. But somehow the work ends up being different, or at least seeming different enough for people to react to it from an entirely new perspective.

And believe me, people react to E.J. much differently than they do to Jeff. For one thing, there are a lot of people absolutely certain E.J. Copperman is female, and for all I know, that’s the truth. Believe what you like.

I do occasionally get emails from readers asking point blank: Are you a man or a woman? I always answer quite honestly: Yes.

A few times I received emails on E.J.’s account (ejcopperman [at] gmail [dot] com) addressed to “Mrs. Copperman,” which I have to say chafed a bit. I mean, I go to all the trouble to invent a separate personality to write some books, and I don’t even get an invitation to the wedding? Hardly seems fair.

But mostly it was fairly easy to differentiate between a Jeff book (of which there are fewer and fewer these days) and an E.J. book (more and more, and thank you for that!). I knew what I was writing in both instances, and didn’t have much of a problem switching from one gear to another. Especially with a supply of WD-40 on hand.

That ended with the first Asperger’s mystery book, The Question of the Missing Head, which is, according to its cover, by “E.J. Copperman/Jeff Cohen.” That’s fairly straightforward, other than it being completely vague. But I got used to the fact that even when I was writing with myself, I got second billing.

Then I started to wonder: Which parts of the book did I write, and which ones were E.J.? It’s hard to know. Although the Jeff books are more often interested in straight comedy that has a mystery plot because there has to be something to make jokes about, the E.J. novels tend to be more grounded. There’s still plenty of humor, but the narrator is interested in telling her (almost always her, other than in the Asperger’s books) story and spinning it in a way that hopefully makes the reader laugh.

The Asperger’s series, which continues in October with The Question of the Unfamiliar Husband, is a passion project. It concerns itself with Samuel Hoenig, a man in his early thirties who was diagnosed with Asperger’s syndrome, a neurological disorder on the autism spectrum, when he was in his teens. Samuel has opened a storefront for a business he calls Questions Answered, which does exactly that for any client who asks Samuel a question he finds interesting.

Samuel is definitely not trying to be funny at least 99% of the time, but I didn’t want the book to be completely serious. So E.J. and I had to hold an author’s meeting about how to get comedy into his stories.

And that’s when I understood how this partnership was going to work. E.J. works hard on getting the story in shape. Jeff makes sure there’s comedy going on, chiefly in the way “normal” people react to Samuel and his personality traits. Samuel narrates his stories in the first person, and that’s where this gets interesting.

Samuel’s voice has elements of both Jeff and E.J. throughout. Samuel is very concerned with accuracy—he will tell you exactly what happens in every scene. But he doesn’t lack a sense of irony or a sense of humor. He notices when people treat him differently than they would if he didn’t present as being on the spectrum. He can’t stop his personality (Samuel sees his Asperger’s simply as who he is and not as a disorder that needs treatment) from seeming odd to some people, nor does he care to. He’ll have the occasional “meltdown” when things do in a bad direction, but even then, he’s aware of opportunities and he’ll use his Asperger’s to help him find out what will answer the question with which he’s been charged.

When writing Samuel, his voice will be more formal than other characters I’ve written. He’s careful about his speech and doesn’t want to use the wrong word. That’s more E.J. than Jeff. But he has a wry view of the “neurotypical” world around him, and that’s where Jeff gets to have a say.

It does still bother me, however, that some people think E.J. Copperman writes the Asperger’s books him/herself. I mean after all, I survived all the arguments between the collaborators and negotiated a peace.

I think I deserve a little credit. Don’t you? Jeff Cohen is the author of six mystery novels and two nonfiction books on raising a child with Asperger’s syndrome. As E.J. Copperman, he also writes the Haunted Guesthouse mystery series, the Mysterious Detective Mysteries (debuting in June 2016) and the Agent to the Paws mystery series (beginning 2017). Together with himself, he writes the Asperger’s Mystery series, continuing next month with The Question of the Unfamiliar Husband.

Thanks, Jeff! And here’s a reminder that you can find all the Crime Cafe interviews on iTunes, YouTube, and SoundCloud!

Here’s the previous one with Frank Zafiro!