Scenes From a Previous Life 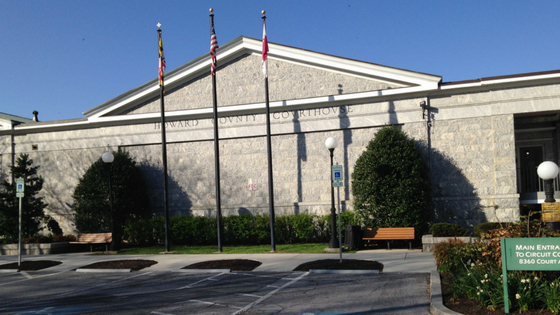 Most people don’t enjoy the idea of doing jury duty. In my case, it gives me a chance to revisit a previous life.

I’ve actually served on a jury once before. It was a minor criminal matter, but even so, the tension between two people reached the point where you would’ve thought we were performing 12 Angry Men.

Trust me. The case was nowhere near as serious as that one! 🙂

Having done this once before, I wasn’t quite so excited about the prospect of doing it again. Nonetheless, I showed up at the courthouse where I used to make (the extremely occasional) appearances as an attorney.

Here’s a shot of the walkway leading into the courthouse. And here’s where I used to have my office. It was my first office, before I moved to the fancier digs pictured here. Ready to take on the world! 🙂

Here’s a photo of the docket. I remember when they were printed and pinned to bulletin boards. And here’s a bench. I had to take a picture of this bench. I had this divorce case, in which I represented the husband and the wife claimed she couldn’t work, because she had bursitis. One day, opposing counsel and I met with a master (like a junior judge) to discuss the case. When I left the conference, the wife was sitting on that bench—knitting. If only I’d had a smartphone back then.

But I digress. We, the summoned, all gathered in a room and waited to hear whether we’d be needed. Turns out we weren’t, which was fine by me.

Sorry I didn’t get any photos of the room. It was just a plain room full of chairs, and I spent most of my time reading. But I did get a shot of a pretty cool arch. Plus the street running between the courthouse and my first office, which is steeper than it looks here. But not that dangerous! 🙂

So … you can see a bit of where I got the inspiration to write this book! 🙂