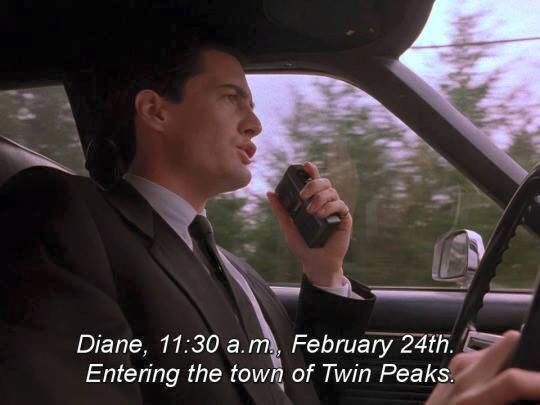 Before I started writing fiction, I’ll admit to being captivated by the show Twin Peaks. This show was my introduction to the amazing work of David Lynch. After that, it was only a matter of time before I started watching his movies, including Blue Velvet, Mulholland Drive, and (of course) Twin Peaks: Fire Walk with Me.

I was as intrigued as anybody about the mystery of who killed Laura Palmer. However, the show was more than just that. It was a groundbreakingly (okay, maybe that’s not a real word) weird and surreal form of storytelling for television at that time.

To me, David Lynch and Twin Peaks represent the cutting-edge of the postmodern neo-noir that came from directors like Quentin Tarantino and the Coen Brothers. Except that it appeared on the small screen!

Now, the show is coming back. And to say the least, I’m looking forward to that. If you never saw the show, here’s a little overview:

Frankly, that cliffhanger ending really pissed me off. Hopefully, the show will provide some answers for the show’s fans. Will Evil Bob abandon Coop’s body in the series’ revival? And how the hell did they know they’d be back in 25 years?