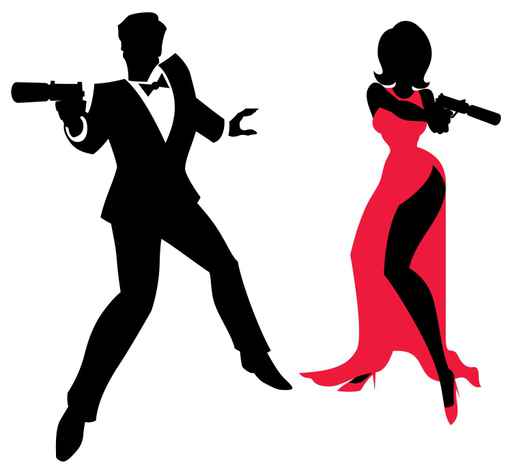 I’ve been a great fan of spy novels for many years. When I started writing fiction, I waffled a bit at first about whether to write mysteries or spy fiction.

As a life-long mystery fan, I gravitated naturally toward that genre. However, I still harbor an interest in writing about spies. Chalk it up to all those James Bond movies I’ve seen, not to mention the old TV shows like “I Spy” and “Get Smart” and “Man From U.N.C.L.E.”, but one thing led to another, and I became fascinated by the books of John le Carre.

Oddly enough, I have written a spy story of sorts. Just not the kind of spy novel I originally thought I would. My young adult novel INVISIBLE ME is the spy story I never thought I’d write. It concerns a young albino girl named Portia who’s moved all around the country, because her dad’s in the military. She’s just turned 13 and now goes to junior high in rural Florida. After a few (painful) weeks there as the new kid (and albino, at that), the most popular girl in her class requests that Portia do her a favor: spy on her boyfriend, who she thinks is cheating on her. In exchange, Portia will be invited to the popular girl’s big birthday party.

Portia agrees to do this, but in doing so learns that spying isn’t the easiest thing. In fact, Portia’s attempt to balance the popular girl’s interests with those of her subject lead to unexpected complications of the, um … kissy-kissy sort. Which is to say she develops feelings for the boyfriend. On top of which, she tries to balance that against the needs of another outcast friend. The whole thing creates more complications than she’s prepared to deal with. So what happens? Well … you’ll have to read the book to find out.

And here’s a quotation from the novel: FYI, I’m doing a GoodReads giveaway of this novel! Click here to read the details and enter!

I’ve also posted this on Wattpad, where I also have an excerpt from IDENTITY CRISIS.

Samples chapters from my new thriller novel to come soon! 🙂