Hardboiled Mystery is My Business 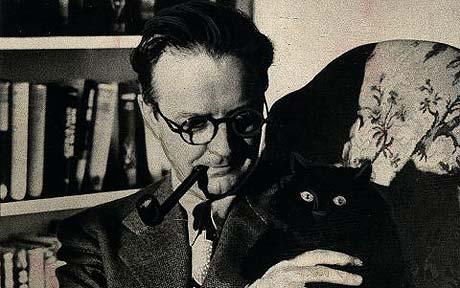 The featured image came from this cleverly-written blog post!

While doing my interview with Rick Helms during the latest Crime Cafe podcast, the subject of Raymond Chandler came up. Chandler has been, and will continue to be, one of the authors who have most inspired my hardboiled mystery writing.

Chandler was among the first writers to develop the hardboiled mystery genre. A genre tonce dominated by male protagonists. I’m happy to say that this is no longer the case. And I’d like to think that my own protagonist Sam McRae is cut from similar cloth as Philip Marlowe, at least in terms of attitude, if not gender.

During my interview with Rick, he mentioned a Chandler quote that describes the so-called “white knight” protagonist the author had created in Philip Marlowe. It reads as follows:

Down these mean streets a man must go who is not himself mean, who is neither tarnished nor afraid. He is the hero; he is everything. He must be a complete man in the common man and he yet an unusual man. He must be, to use a rather weathered phrase, a man of honor—by instinct, by inevitability, without thought of it, and certainly without saying it. He must be the best man in his world and a good enough man for any world.

To anyone who would say that my own protagonist, Sam McRae, is too good to exist or goes above and beyond what any normal attorney would do, I’d like to point out that the great Raymond Chandler didn’t believe someone as pure and tough as Philip Marlowe actually existed. So is it such a stretch really to imagine a woman as a tough, white knight protagonist?

Let’s consider the rest of Chandler’s quote on that matter—except this time, phrase it as if he’d been writing about a woman. If Chandler had been writing during a time when women could be more than just girlfriends, wives, victims and femme fatales, he might very well have described his protagonist in these words.

She will take no one’s money dishonestly and no one’s insolence without a due and dispassionate revenge. She is a lonely woman and her pride is that you will treat her as a proud woman or be very sorry you ever saw her.

The story is this woman’s adventure in search of the hidden truth, and it would be no adventure if it did not happen to a woman fit for adventure. If there were enough like her, the world would be a very safe place to live in, without becoming too dull to be worth living in.

There. Was that really so hard? 🙂

Now here are a few lines I only wish I’d written:

“The streets were dark with something more than night.”

“It seemed like a nice neighborhood to have bad habits in.”

“As honest as you can expect a man to be in a world where it’s going out of style.”

“He looked about as inconspicuous as a tarantula on slice of angel food cake.”

“He was a guy who talked with commas, like a heavy novel. Over the phone anyway.”

“She smelled the way the Taj Mahal looks by moonlight.”

“I hung up. It was a good start, but it didn’t go far enough. I ought to have locked the door and hidden under the desk.”

All of the above are Chandler quotes, of course.

And I particularly love this introduction Chandler wrote to Trouble Is My Business!

“The emotional basis of the standard detective story was and had always been that murder will out and justice will be done. Its technical basis was the relative insignificance of everything except the final dénouement. What led up to that was more or less passage work. The dénouement would justify everything. The technical basis of the Black Mask type of story on the other hand was that the scene outranked the plot, in the sense that a good plot was one which made good scenes. The ideal mystery was one you would read if the end was missing. We who tried to write it had the same point of view as the film makers. When I first went to Hollywood a very intelligent producer told me that you couldn’t make a successful motion picture from a mystery story, because the whole point was a disclosure that took a few seconds of screen time while the audience was reaching for its hat. He was wrong, but only because he was thinking of the wrong kind of mystery.”

This, I think, is why I get so much inspiration from screenwriting and film. Who cares if no one knows who killed the Sternwood’s chauffeur in The Big Sleep? The best mysteries are about style over complete sensibility. Says she who still loves old movies. I’m talking about really old movies. The black-and-white kind!

PS: My first Sam McRae novel is available for sale now. With a new cover! There’s a giveaway with this book going on until March 31, 2018. (Click the link or the banner to check it out!)

After that, just click the cover to buy a copy. 🙂 And while we’re on the subject of film noir, please check out this non-fiction book giveaway, which includes my film noir review collection I Found it at the Movies: Film Noir Reviews! This also runs until the end of the month of March 2018. So, if you miss the giveaway, just click on the cover to buy a copy! 🙂