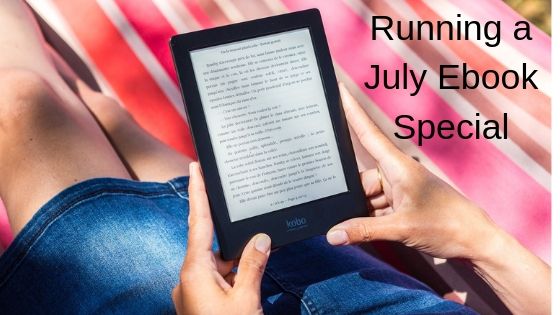 Hi there! 🙂 If you’re looking for great ebook deals, you should definitely check out Smashwords this month.

Just click here and check out the half-price specials on all my books. Plus at least two free titles, including the one that I’ve featured here.

And, in case you need more incentive, here’s another chapter from my first Sam McRae novel, Identity Crisis! If you’d like to read the first two chapters, here’s Chapter One and Chapter Two! Schaeffer lived in what was euphemistically known as “affordable” apartments, literally on the other side of the tracks. The look-alike buildings were brick boxes—16 units to a box—with shutterless windows as stark as lidless eyes. The lot was full, but I managed to find a space at the far end, near a Dumpster that smelled like something died in it. I parked, walked to his building, and clanked up the metal stairs.

Kent’s Gym was in an old shopping center on Route 197 with a discount grocery and a place that sold ninety-nine-cent greeting cards. I wove through the lot and found a space near the gym. As I was putting the car’s roof up, I saw the Lincoln again. It came down the aisle, at a leisurely pace and with a slight bobbing motion, as if it were floating. Maybe it was my imagination, but it seemed to slow a little as it neared me. The big car had a gaudy, chrome hood ornament and chrome trim. Something about the design suggested a rolling, black casket. I shivered and my skin popped goose bumps, despite the evening’s warmth.

PS: If you’d rather pay a bit more and buy from Amazon, B&N, etc., just click here for those links! 🙂

Apparently, Amazon has some kind of big deal special going on. Yeah, pick up a vacuum, a side table, a blender, whatever, while you buy your books on Amazon. Sounds primal. 🙂

Or you can check out these deals from Wal-Mart and buy Kobo! 🙂 A few kind words for the book! 🙂