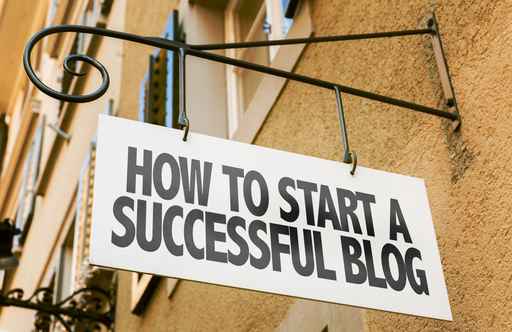 Hello all! Happy Monday! Aren’t you glad it’s Monday? Well, of course, you are. Not only that, but it’s Content Curator Monday! So let’s get right to work, shall we?

Basically, content curation is when you take someone else’s content (in de minimus amounts, of course, for fair use purposes) and use it on your own blog! Nifty, huh?

And it’s from an article called Inside Amazon: Wrestling Big Ideas in a Bruising Workplace.

Dateline: SEATTLE — On Monday mornings, fresh recruits line up for an orientation intended to catapult them into Amazon’s singular way of working.

They are told to forget the “poor habits” they learned at previous jobs, one employee recalled. When they “hit the wall” from the unrelenting pace, there is only one solution: “Climb the wall,” others reported. To be the best Amazonians they can be, they should be guided by the leadership principles, 14 rules inscribed on handy laminated cards. When quizzed days later, those with perfect scores earn a virtual award proclaiming, “I’m Peculiar” — the company’s proud phrase for overturning workplace conventions.

Even as the company tests delivery by drone and ways to restock toilet paper at the push of a bathroom button, it is conducting a little-known experiment in how far it can push white-collar workers, redrawing the boundaries of what is acceptable. The company, founded and still run by Jeff Bezos, rejects many of the popular management bromides that other corporations at least pay lip service to and has instead designed what many workers call an intricate machine propelling them to achieve Mr. Bezos’ ever-expanding ambitions.

“This is a company that strives to do really big, innovative, groundbreaking things, and those things aren’t easy,” said Susan Harker, Amazon’s top recruiter. “When you’re shooting for the moon, the nature of the work is really challenging. For some people it doesn’t work.”

Bo Olson was one of them. He lasted less than two years in a book marketing role and said that his enduring image was watching people weep in the office, a sight other workers described as well. “You walk out of a conference room and you’ll see a grown man covering his face,” he said. “Nearly every person I worked with, I saw cry at their desk.”

In interviews, some said they thrived at Amazon precisely because it pushed them past what they thought were their limits. Many employees are motivated by “thinking big and knowing that we haven’t scratched the surface on what’s out there to invent,” said Elisabeth Rommel, a retail executive who was one of those permitted to speak.

Others who cycled in and out of the company said that what they learned in their brief stints helped their careers take off. And more than a few who fled said they later realized they had become addicted to Amazon’s way of working.

“A lot of people who work there feel this tension: It’s the greatest place I hate to work,” said John Rossman, a former executive there who published a book, “The Amazon Way.”

Um, yeah. I’ve worked at some of those places. They were the greatest places I hated to work, too!

He wanted his grandmother to stop smoking, he recalled in a 2010 graduation speech at Princeton. He didn’t beg or appeal to sentiment. He just did the math, calculating that every puff cost her a few minutes. “You’ve taken nine years off your life!” he told her. She burst into tears.

Decades later, he created a technological and retail giant by relying on some of the same impulses: eagerness to tell others how to behave; an instinct for bluntness bordering on confrontation; and an overarching confidence in the power of metrics, buoyed by his experience in the early 1990s at D. E. Shaw, a financial firm that overturned Wall Street convention by using algorithms to get the most out of every trade.

I can tell this is a company that really cares about literature and good books!

The workplace should be infused with transparency and precision about who is really achieving and who is not. Within Amazon, ideal employees are often described as “athletes” with endurance, speed (No. 8: “bias for action”), performance that can be measured and an ability to defy limits (No. 7: “think big”).

“You can work long, hard or smart, but at Amazon.com you can’t choose two out of three,” Mr. Bezos wrote in his 1997 letter to shareholders, when the company sold only books, and which still serves as a manifesto. He added that when he interviewed potential hires, he warned them, “It’s not easy to work here.” Amazon: Have fun or else! 🙂 Photo by Ruth Fremson for The New York Times

Company veterans often say the genius of Amazon is the way it drives them to drive themselves. “If you’re a good Amazonian, you become an Amabot,” said one employee, using a term that means you have become at one with the system. Care for some more curation? Why not? The more the merrier, eh? 🙂

Every aspect of the Amazon system amplifies the others to motivate and discipline the company’s marketers, engineers and finance specialists: the leadership principles; rigorous, continuing feedback on performance; and the competition among peers who fear missing a potential problem or improvement and race to answer an email before anyone else.

Some veterans interviewed said they were protected from pressures by nurturing bosses or worked in relatively slow divisions. But many others said the culture stoked their willingness to erode work-life boundaries, castigate themselves for shortcomings (being “vocally self-critical” is included in the description of the leadership principles) and try to impress a company that can often feel like an insatiable taskmaster. Even many Amazonians who have worked on Wall Street and at start-ups say the workloads at the new South Lake Union campus can be extreme: marathon conference calls on Easter Sunday and Thanksgiving, criticism from bosses for spotty Internet access on vacation, and hours spent working at home most nights or weekends.

“One time I didn’t sleep for four days straight,” said Dina Vaccari, who joined in 2008 to sell Amazon gift cards to other companies and once used her own money, without asking for approval, to pay a freelancer in India to enter data so she could get more done. “These businesses were my babies, and I did whatever I could to make them successful.”She and other workers had no shortage of career options but said they had internalized Amazon’s priorities. One ex-employee’s fiancé became so concerned about her nonstop working night after night that he would drive to the Amazon campus at 10 p.m. and dial her cellphone until she agreed to come home. When they took a vacation to Florida, she spent every day at Starbucks using the wireless connection to get work done.

“That’s when the ulcer started,” she said. (Like several other former workers, the woman requested that her name not be used because her current company does business with Amazon. Some current employees were reluctant to be identified because they were barred from speaking with reporters.)

Um, yeah. Well, let me tell you something. Despite years of legal education, and nine years of experience practicing law, I wasn’t going to work at a job that was essentially killing me. Nor would I now.

Anyhow, this article goes on and on and on, using terms like “purposeful Darwinism” and so on. Well … have you ever? Seriously? 🙂

So, anyhow, I think that’s enough curation for one day! 🙂

And, remember, don’t kill the messenger! 🙂 PPS: Feel free to make up a hashtag! 🙂