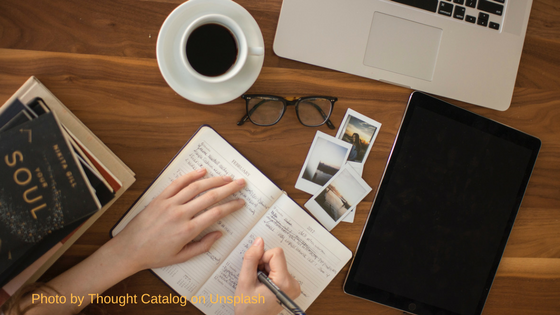 I found this old post from a former blog I once maintained, back in the days when I was doing freelance writing and self-publishing my fiction. I couldn’t tell you when I wrote this, but it would have to have been before January 2011, because I’d decided to stop freelancing at that point. Anyway, this is called “Author Inc.” and I suspect a lot of writers can probably relate. So … here it is! 🙂

One thing about writing (at least, trying to make a career as a published author) is that you’re expected to not only create your own product, but also market, promote and sell it. Okay, no one said being a published author would be easy. And I’m not complaining (not much). But let’s stop and think about what we’re really being asked to do here.

Let me take a moment to explain that I’m also a freelance writer, whose expected to do her own marketing for that business as well. In fact, I’m in a networking group for that very purpose.

Now, networking is a crucial part of marketing and building a business. So I go to networking events and collect business cards, and people collect mine in return.

How much business do I get from it? Who knows? Probably some, but I haven’t quantified it. The idea is to get out there to see and be seen. And if you’re seen enough, the business will come.

What if someone who made a product–let’s say copiers–and I mean the person who actually makes them, who puts them together with his own two hands–was tasked with marketing, promoting and selling the things, too?

Well, you’d say, “That’s absolutely crazy!” And you’d be right. But it’s what published authors do all the time.

Now, here’s another scenario. See how this one grabs you. What if the same person who built the copiers were expected to manufacture and process the parts that go into them? Just how crazy is that?

So, to review quickly, we’re talking about one person who must not only find and process the raw materials that go into a product, but must then build the product, then market, promote and sell it. Authors are expected to do this all the time. They have to create the work from scratch, market like crazy, promote it and sell it.

You may say, “But you write books. You don’t make copiers.” To which I say, “What’s the difference? Actually, if anything, my job is harder.”

Nothing that goes into making a copier requires much in the way of creativity. It’s a process that can probably be described in a manual and that you’ll succeed at as long as you follow the instructions (and have the money to set up the system).

And while there are guidelines for writing, there’s no manual for giving a work of fiction that special something–that thing that sets it apart from all the rest.

As a result, it’s really easy to get wrapped up in that creating part, to the detriment of the marketing, promoting and sales.

So when people say, “Go out there and get as many leads as you can,” you really have to wonder how much this applies to a writer.

Because nobody’s creating our product for us. And as much as I want leads–you have to ask yourself, how many leads are too many? When is enough enough?

With all this marketing and networking I’m doing, when am I supposed to find the time to write? And so much of it takes place online now. You sit at the computer to write, and the next thing you know, you’re e-mailing, blogging, social networking or Twittering the day away.

But that’s what’s expected of authors. We are our own CEOs, CFOs, worker bees, materials suppliers, production lines, marketers, promoters and sales teams.

We are one-person business entities. We are masters of our own domain. Which sounds very powerful–but comes with a cost. You have to ask, how much can I give of myself? How hard can I push before it becomes too much? What am I sacrificing in terms of personal relationships, leisure time and sanity? Tough questions. I’ll have to submit them to my board of directors. That is to say . . . me.