A Fab Night at the Annapolis Film Festival 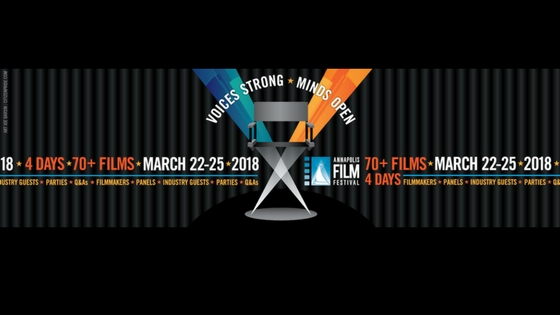 I don’t mind telling you that making public appearances is still ever-so-slightly intimidating for me. However, I must admit I had a blast on Saturday, March 24, when I appeared with film critic Joe Neumaier on-stage for the Q&A before the screening of Spinning Man at the Annapolis Film Festival. It sounds like a fantastic film.

Check out this riveting trailer!

Pierce Brosnan, Guy Pearce, and Minnie Driver! So much talent! Joe described the story as “piercing”, which was funny. 🙂

Here’s the building where the screening took place. Joe was kind enough to introduce me as the New York Times bestselling author of the Sam McRae mystery series. The audience broke into applause, which was a very pleasant surprise! We had the most delightful chat about my books, as well as the mystery genre in general—in movies and books!

So here’s a photo of the two of us! I tried fiddling with the contrast, but believe me when I say that’s us up there! 🙂

Well, at least my shoe isn’t falling off like it was here! 🙂

And on that note, I’ll just add that Joe also mentioned that I was a Derringer nominee for one of my short stories.