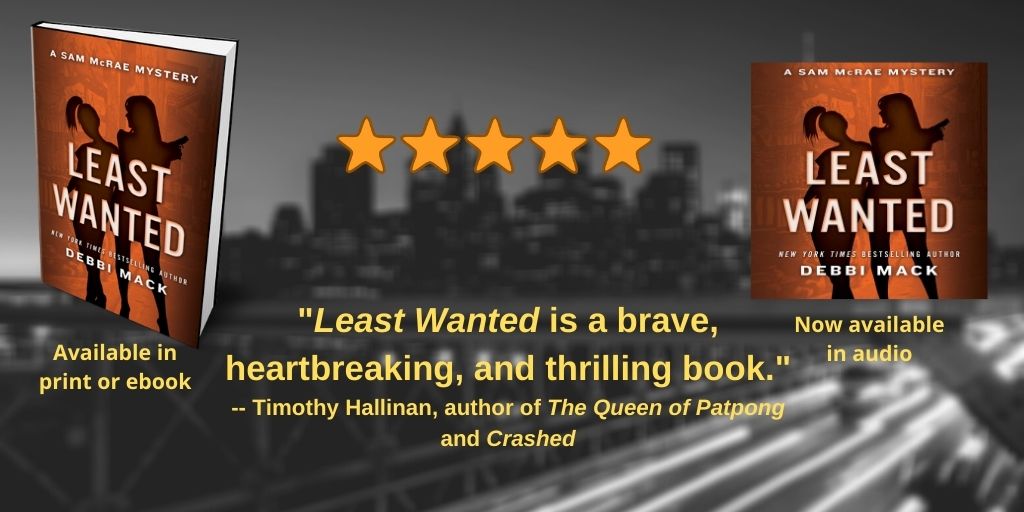 Hi all! 🙂 I figured since audiobooks seem popular right now and can be read by listening while … you do whatever else you do while listening to audiobooks, I thought I’d share an excerpt from one of the Sam McRae mysteries. This one’s the second book in the series, Least Wanted.

I’m sharing Chapter Nine. Just to give you an idea about my writing style. I started pulling out chest drawers, one at a time. Cooper hadn’t bothered to unpack. In the third drawer, I found a file. I picked it up and rifled through it: copies of invoices from ITN Consulting.
Interesting. Also, an envelope. Inside was a small, unmarked key. I wondered what it might open.

If you can’t wait for the audiobook code giveaway, you’ll find the book available for sale in print and audio! Not to mention as an ebook!

You can sample more of my writing by clicking here and subscribing for free.