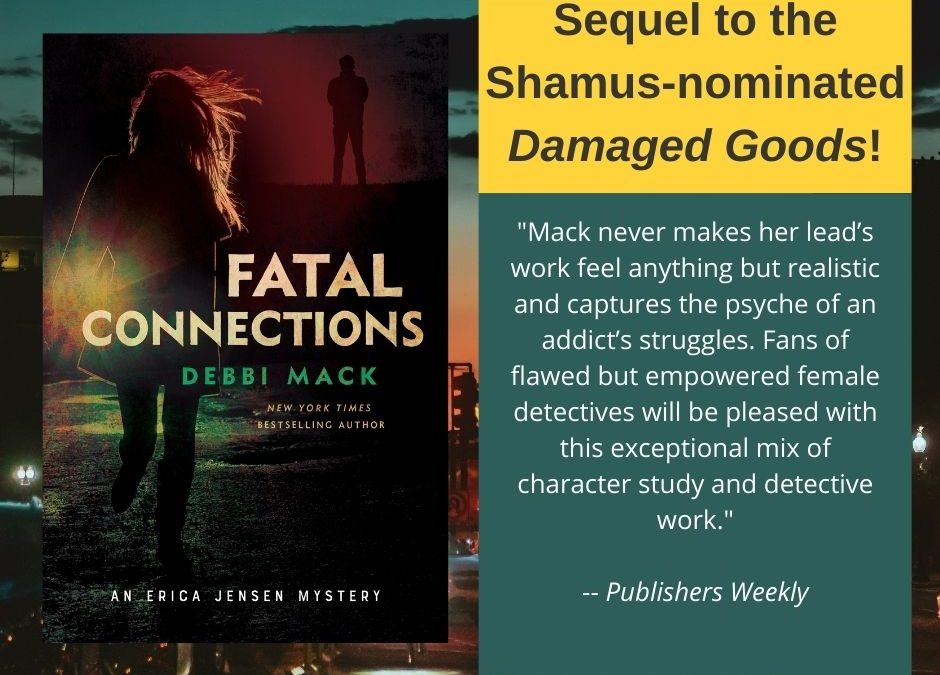 Hi there! 🙂 Here’s where we last left off. And here’s another chapter from Fatal Connections! Click there for more! Nick said he wanted to write about the murders, but he wanted to do a genuinely investigative piece this time. I did what I could to make sure he stayed off any chemical aids, and he returned the favor. At this point, I had a mere handful of close friends, and Nick was the closest I had come to finding a kindred spirit outside the Corps.

According to Nick, the Harcourts’ publicist, Marge Calhoun, was the font of all the intel that she felt was fit to print. Getting past her shield and beneath the shiny surfaces of the couple and their two grown children (one boy, one girl—without the average statistical one-half kid) was a task that went beyond the purpose of Nick’s article, which was allegedly to go for your dreams or to inspire, I guess. Now, that in itself, I found hilarious. In a culture that values good looks over depth, I find our obsession with celebrity a bit much. Plus this search for the perfect lifestyle? Seriously? Like everyone can just pick up and traipse around the world without a care. Sure. Before I rang off with Nick, he gave me the contact info for Marge Calhoun. I wondered whether she would answer a phone call or email me a press release.

Back at my apartment, which also served as a home office, a copy of the Washington Post was waiting on my doormat. Like no other millennials within a hundred miles. I wondered about that, but what can I say? I like newspapers. I rubbed my eyes and settled in with my laptop, my coffee mug within easy reach. It was looking like a six-cup day. I usually try to limit myself to no more than five cups, but a six-cup day could easily expand to seven or more.

I mentally reviewed the timing again. Marian Harcourt had called me at about 5:00 am. I reached the house a little after 6:00 am. That didn’t give the killer (or killers) a lot of time to act. Could the Harcourts have been dead before I got the phone call? That thought got stuck in my head. I needed some time to figure this out. If that wasn’t Marian Harcourt on the phone, the caller was good enough at doing voice imitations to start a new side hustle teaching voice acting skills. Create a new blog, a YouTube channel, an Instagram account.

My work for the Harcourts had led me to search various social media, since that’s pretty much where they lived. I had focused on their potential employee’s background. No red flags. Further digging turned up no criminal record. Not even a speeding ticket.

The job candidate’s name was Blair Fenton. I wondered then and I still wonder whether he was from a prominent family in Silver Spring, which has a Fenton Street and more than a few connections to the historic Blair family. Or maybe it was just a weird coincidence. I scanned my report, looking for holes. Seemed solid, but . . . I knew better than to assume I had done a perfect job.

And then there was Marge Calhoun, PR pro. The Harcourts had hired me directly, so Marge might not even know that I exist. I needed to call her. I punched in the number and got voicemail. I pictured her spinning a story to the cops. Or reporters.

I began writing an email and then stopped. I shook my head as if the contents of my brain had settled and I needed to stir them up. Then I used a search engine to find her address. No warnings. I’m coming to see you, Ms. Calhoun.

PS: Want more of the story? Try it out here. The first few chapters are free! You can also buy it from a retailer or direct from me.

More to come … I’m working on adapting some of my screenplays into … you know, books and shit! 🙂