The Crime Cafe with Philip Marlowe in ‘The Old Acquaintance’ 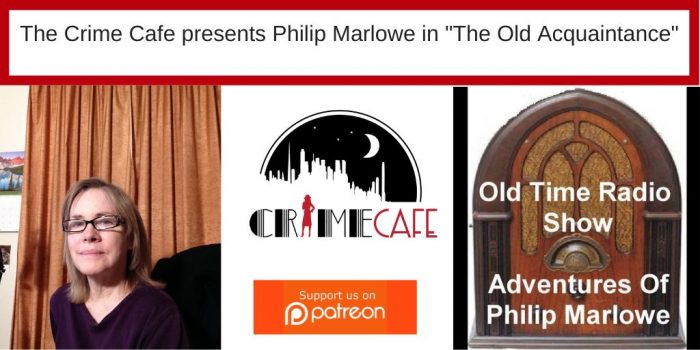 This week’s episode of the Crime Cafe will feature another entry in the Adventures of Philip Marlowe entitled “The Old Acquaintance.”

You might even see a few “old acquaintances” in the video version. 🙂

Watch for the footage from the show Honey West (played by the late Anne Francis) at around the 12:13 mark of the video. And a brief appearance from Mrs. Peel (played by the amazing late Diana Rigg). Believe it or not, I did not plan any of this! 🙂

Check us out on Patreon!