Review of ‘Out of Time: A Nick Donohue Adventure’ 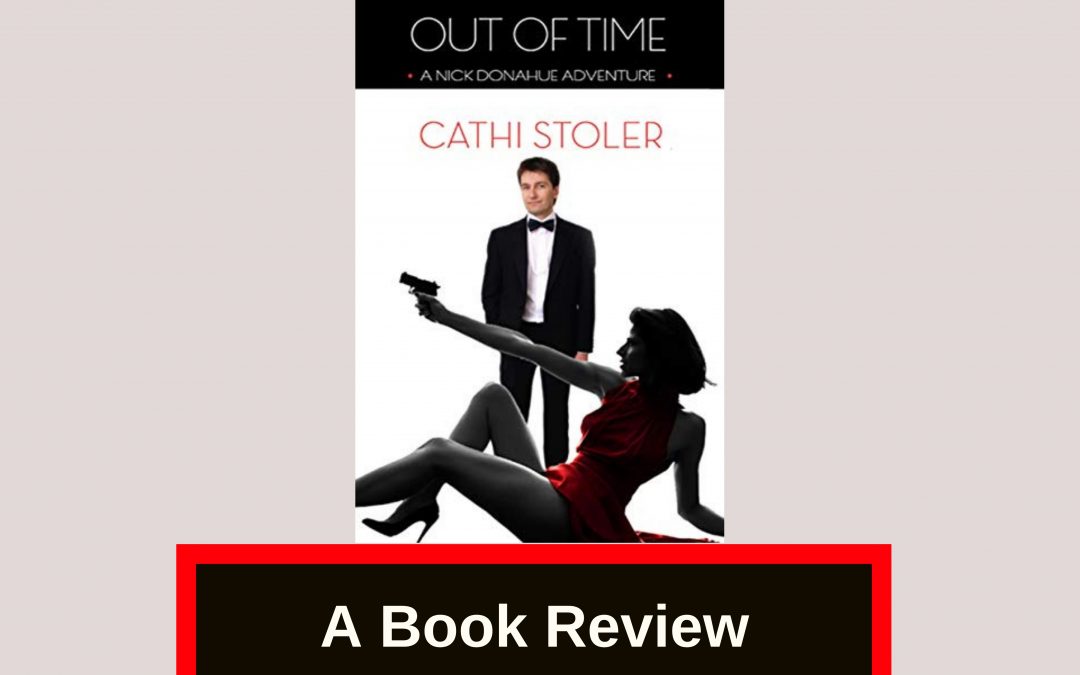 Hi! Today, I’m reviewing Out of Time by Cathi Stoler. I don’t know if you can get a really good look at that cover, but I think it’s kinda cute.

For some reason, the video looks dark. No idea why. I didn’t do anything different with the lighting. Oh, well … 🙂

I enjoyed this book a lot. I just wanted to say that the cover kind of made me think it had a sort of a James Bond theme, except the guy looks a little bit like he’s goofy, you know, not goofy but a little tongue in cheek, a little casual there for being so dressed up. So you kind of get the sense that there’s humor in this book and there definitely is. Nick Donohue is the main character, his wife or significant other Marina DiPietro, I believe is her name. Anyway, it’s Marina. Marina is the investigator. He is a gambler, professional gambler who goes with her on these assignments, I guess. He’s with her on this one. She’s trying to protect a racehorse for this rich client. Rich clients of course, own racehorses, and in this case he happens to be Middle Eastern and I’m not going to try to pronounce his name. But having said that, it’s a fun mystery/thriller because it starts out as a mystery and then quickly turns into a thriller after you find out certain things.

I don’t want to say much more, but I will say that it’s a good, fun read. And there’s something about the name Nick Donahue and the male-female pairing here that made me think of Nick and Nora Charles. They aren’t, but I mean, their roles are switched definitely, in that case. But it’s a fun read, so I recommend it. And that’s it for now. Talk to you later.