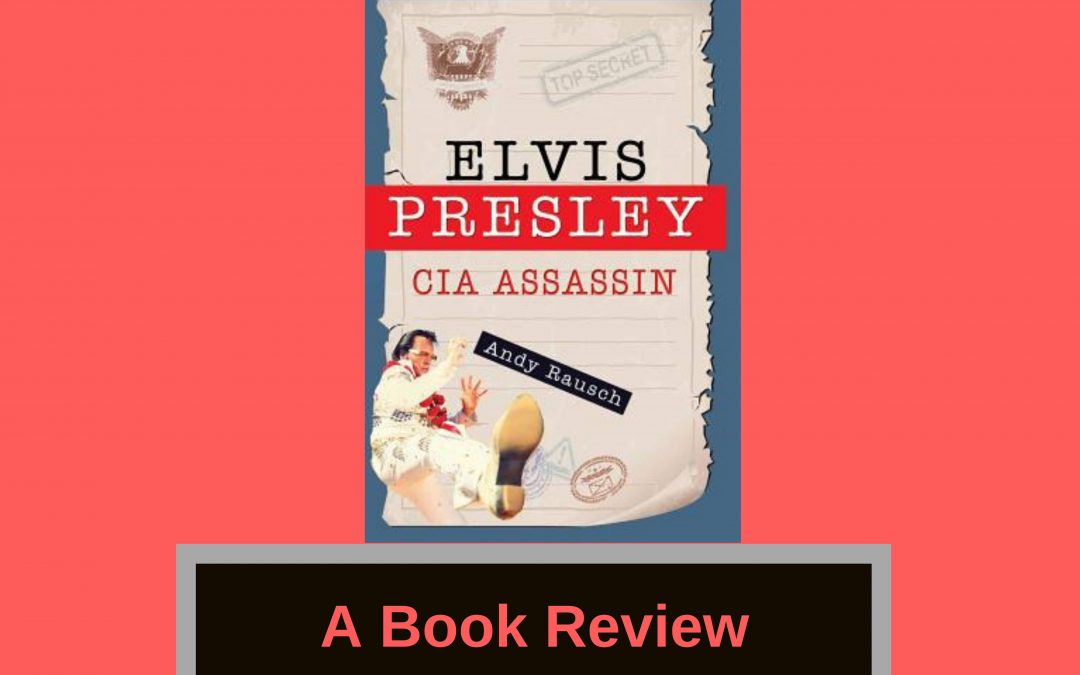 My recommended reading for the week is Elvis Presley, CIA Assassin. The following is my review of the book.

Hi. Today, I’m reviewing the book Elvis Presley, CIA Assassin by Andy Rausch. I just had him on the Crime Cafe podcast, by the way, if you want to check out the podcast.

But this book is so funny. It’s basically written as an oral history, a collection of interviews with people who were part of Elvis’s entourage. Some of whom may or may not exist. I don’t know. In any case, it’s just hilarious, because of all people to be a CIA assassin, would you expect Elvis Presley to be one? Not really.

But in any case, there is some small grain of truth in the book in that Elvis did go to see President Richard Nixon at the time. I believe it was related to the war on drugs, but I’m not sure. In any event, the book is absolutely hilarious. And even though Andy Rausch doesn’t normally write funny books, this one is truly very funny. I mean, it depicts Elvis in the most outrageous manner and will probably not be a big hit with Elvis fans who are, you know, who worship him. But if you can just take it with a sense of humor and a grain, maybe a boulder of salt, you definitely should read this book if you like funny books, because I thought it was just hilarious.

And it’s fiction, folks. It’s just fiction. So if you’re into things like mockumentaries or parodies or anything like that, I think the book will appeal to you, as long as you don’t get too pissed off about the depiction of Elvis. I mean, let’s face it, toward the end there. I’m not going to say anything more.

It’s a wonderful, funny book. Elvis Presley, CIA Assassin. Really. By Andy Rausch. I recommend it. I read it on my Kindle, which, by the way, is still working. For a while there. I thought my Kindle was dead, but actually it works just fine. It’s just not connected with Amazon. So, for good or ill.

I should add that you can buy the book through the affiliate links listed underneath this video on YouTube. Just thought I’d say that. Thanks and I’ll talk to you later.