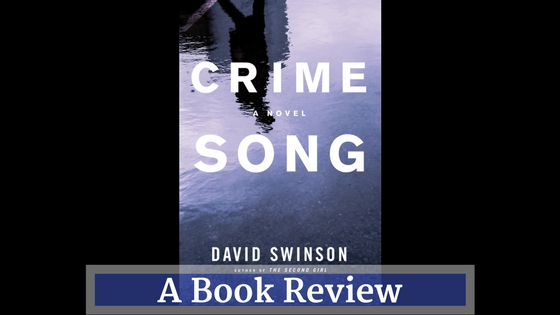 When I interviewed David Swinson on the Crime Cafe podcast, I was in the midst of reading the second book in the Frank Marr series. I’ve added it to my list of recommended reading for lovers of hardboiled mystery and private eye novels.

I’ve reviewed the book on YouTube. Here’s my review:

This book is about a a former police detective with the DC police named Frank Marr, who made his debut in the book The Second Girl, which is a great book to read before you read this one. He was forced into retirement due to his drug problem and that drug problem continues in the series.

He is now working as a private investigator. He has, of course, connections in the DC Police (where he used to work) who kind of look out for him, but at the same time are worried about him. And they get really worried about him in this book, because his nephew ends up murdered in his house and all of this stuff of his is stolen and some of it’s very sentimental. He wants it back, and he wants to know who the hell killed his nephew.

It’s just a wonderfully written book. It’s hardboiled mystery with a noir edge to it. Very, very edgy, dark noir stuff going on here. The tone of the story is manic, in keeping with the fact that this guy is a drug addict.

And I’ve spoken with David Swinson on my podcast the Crime Cafe and he talked about the influence of Hunter Thompson on his writing. I think it clearly shows in this book, because there’s something Thompson-esque about this guy’s mind. The way it just seems to be in a constant state of mania, I’ll say for lack of a better word. His thoughts are just like—bup-bup-bup-bup—all over the place sometimes. You can buy the book using any of the links below the video.

But you definitely should check out this book and if possible read The Second Girl before you read this, because it gives you even more background into who the characters are in this book and how devastating his drug addiction is on relationships with other people. So it’s a really important and timely topic I guess it’s written today, but it mentions stuff that happened in the past. So, in any event, do read this book. It’s a wonderful book and check out the Crime Cafe interview with David Swinson, because it was a really interesting interview and fun to talk to him.

You can buy this book at Amazon, B&N, Kobo, Apple, or Indiebound.