My Book Review of ‘Viper’s Nest of Lies’ 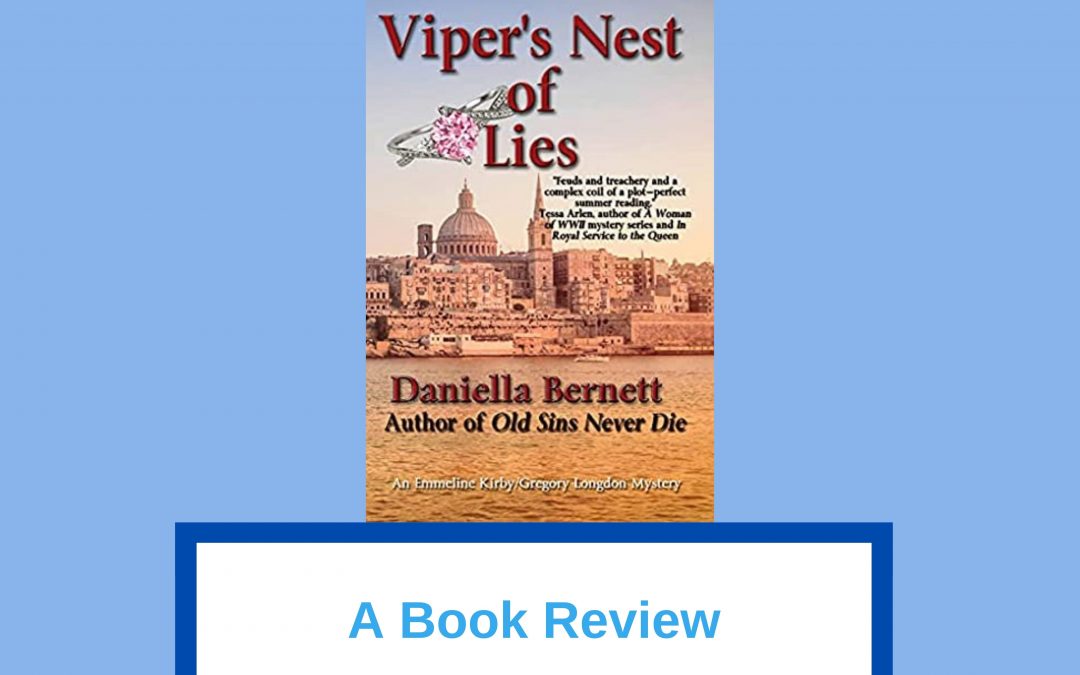 Hi! Today I’m reviewing VIPER’S NEST OF LIES, another Emmeline Kirby/Gregory Longdon mystery from Daniella Bernett. And it picks up right where it left off in the last book, if I’m recalling correctly. It ended on a cliffhanger last time.

So, you got a series going here. You got a real series, in the sense of like [TV] episodes and stuff. Anyway, so yeah, they find a bloody knife in her luggage at the airport, at Heathrow. And this is not a spoiler because it’s right there front. But that’s just the beginning. And of course from there things get complicated, even though Emmeline is a very quickly, nevermind, forget I said that., In any case, things do get complicated when they realize that this character, this evil person in their life has not disappeared and it’s still screwing with them.

So, they have to travel all the way to Malta, to find answers, which is really interesting. I felt like that was a very, very interesting setting there. And I’d have to say though, Emmeline: two things. Number one: can this marriage work? Because Gregory obviously is not telling her everything and nor is she telling him everything. And sometimes, number two: Emmeline, what are you thinking? I mean, I know you’re devoted to the truth, but wow. Okay. So anyway, having said that, nonetheless, I think the banter, the mystery, the intrigue, the suspense, the tension at the end all work.

So, again, if you’re a fan of the series, I think you will love this one. That’s it. And I’ll talk to you later. Thanks!