My Book Review of ‘The Deal Goes Down’ 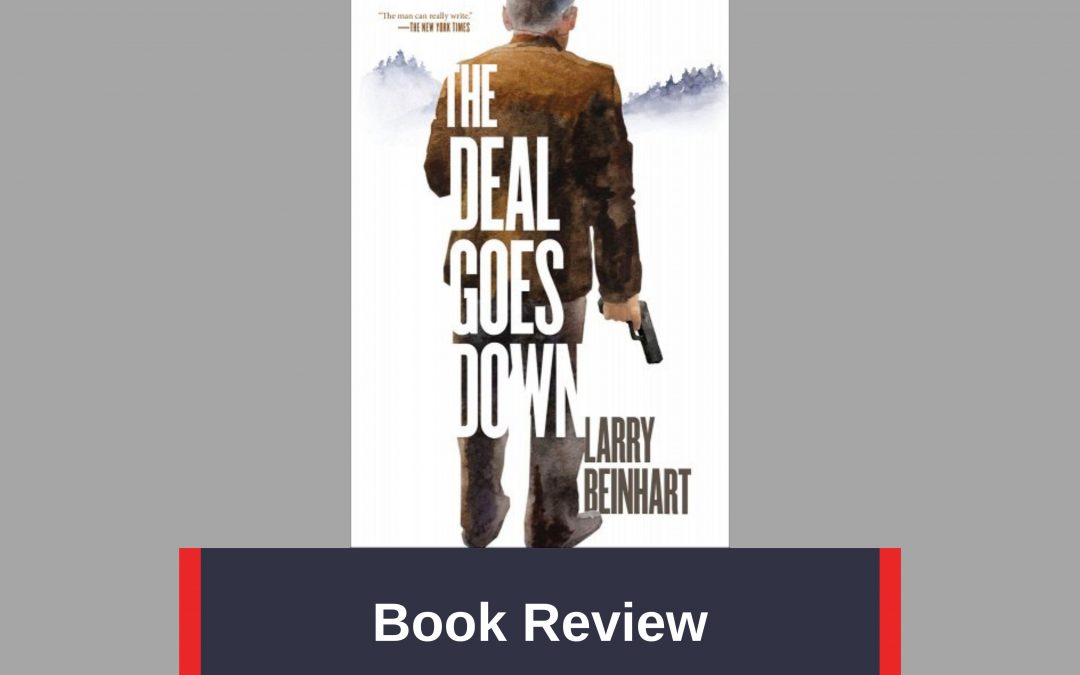 Hi. Today I’m reviewing The Deal Goes Down by Larry Beinhart. Yes. And I really love this book, really, truly. What can I say about it? It’s about an ex-private eye named Tony Casella, who gets involved with a scheme that quickly spins out of control in various ways. He’s hired by somebody who wants to get rid of her husband, but it’s much more than that. Much, much more as he finds out. And I gotta say that I love that there’s a lot of kind of old time feel to this, yet it’s set in contemporary times, which is what I liked about it. He’s like a guy kind of out of step a little bit with his times, but not really. He’s, he’s very sharp and very funny. There’s very, very funny stuff in here. And I’ll just read you this blurb here that describes the book.

“The Edgar Award Winning writer returns, and so does his legendary detective in a gripping thriller about marital discord, contract killing, off-piste skiing, and, of course, the deep state dot dot dot.” Okay. This truly lives up to the promise of that premise. Really it does. And I will say chapter 16 was a bit of a slow one for me, but that’s, that’s all I’ll say about that. In any case, it really is a highly suspenseful read. My internet was down all day yesterday because of a lightning strike. And I just didn’t go online at all. And I just picked up this book and said, “You know, I really have to do some reading, get some reviews done.” And this one just caught me so, captured me so much that I did not put it down. I literally read almost the entire thing in one day, which is unusual for me. Very unusual.

So believe me when I say that this book is really great and really gripping and will keep you reading and keep those pages turning, and it’s fantastic. The New York Times says, “The man can really write.” Wow, that’s an understatement. Also he is the author of the book, I think it’s An American Hero? American Hero, yeah, it’s called American Hero and it’s the basis, it was adapted into the movie Wag the Dog, and I remember Wag the Dog. I remember liking that. So now I have to read American Hero because I like this book so damn much <laugh>. Okay. All right then. In any case thanks for listening and I’ll talk to you later. And just as an additional note, American Hero has been reissued under another title. Wag The Dog, because of the movie, of course. So I know that this author would appreciate, knows that, and would appreciate that whole thing. And actually it’s really strange. Movies are, the industry is changing so much that some of this may actually be a bit dated, but it always is about who you know. And money is always involved. It’s always about money and who, you know, <laugh>, that’s what it comes down to. That’s a little bit of inside wisdom from what I know about the film industry, which at this point is probably like this [tiny amount] compared to some people, you know, who know this much [huge amount], you know, and who’ve been involved in it for a long, long time. But in any case, it is still a great, great book, Believe me. Believe me when I say that. Thank you. That is all. That is all.