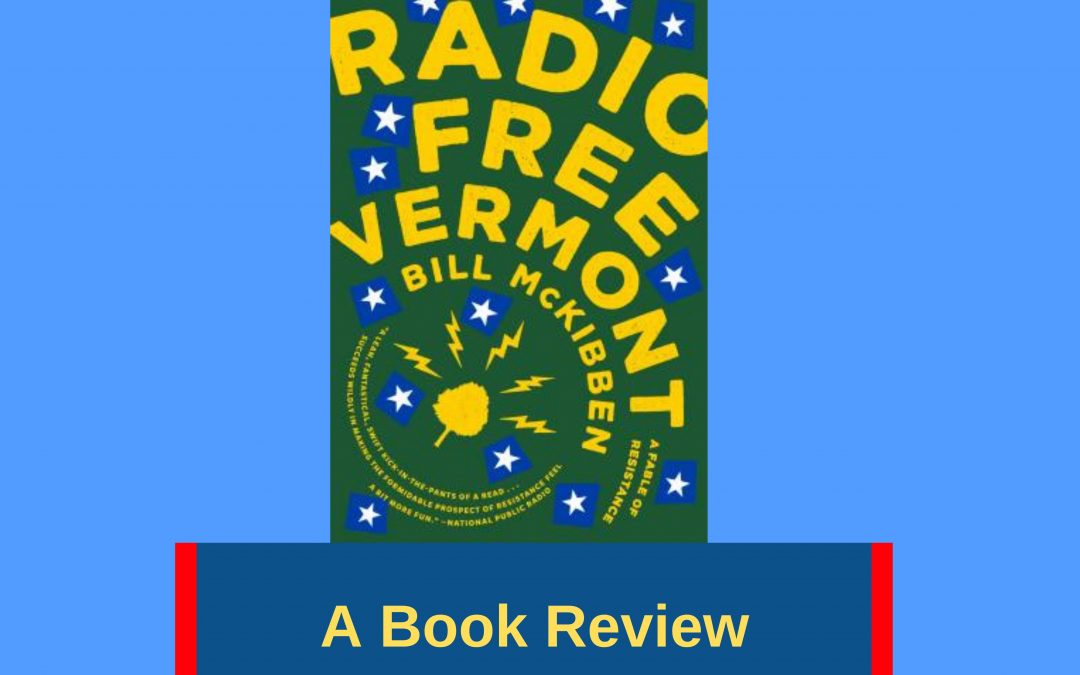 Hi, I’m reviewing Radio Free Vermont by Bill McKibben again, because I don’t think I did this book justice the last time I talked about it.

In fact, I may take that video down. [I didn’t. This is Part Two of the review.] This book is just great. It’s about a guy named Vern who has this show called Radio Free Vermont, and he is the host and he comes up with this … well, he makes a lot of observations about society and about modern living and, you know, the importance of community seems to be lost in modern living, this kind of thing. Anyway, ultimately he comes up with this idea about Vermont seceding from the union and thinks maybe that might help promote local business, local goods. He talks up Vermont. There’s a lot to love about it: the beer, the food, the everything about Vermont.

Yeah. So anyway, it’s just a clever book and very appropriate for our times. I mean, given all the stuff that’s been going on in this country, and like I said in my previous review, there was something of the Sixties in this, but I just couldn’t put my finger on … exactly. Okay. That’s enough about that. But, it’s just a fun book. And like I said, if you want to start a movement, this is the book to read. In fact, the back says, “Witty, biting and terrifyingly timely, Radio Free Vermont is Bill McKibben’s fictional response to the strengthening resistance movement.” And thank you very much. And I’ll talk to you later. PPS: This is what happens when you let algorithms control your life.