My Book Review of ‘Not a Happy Family’ 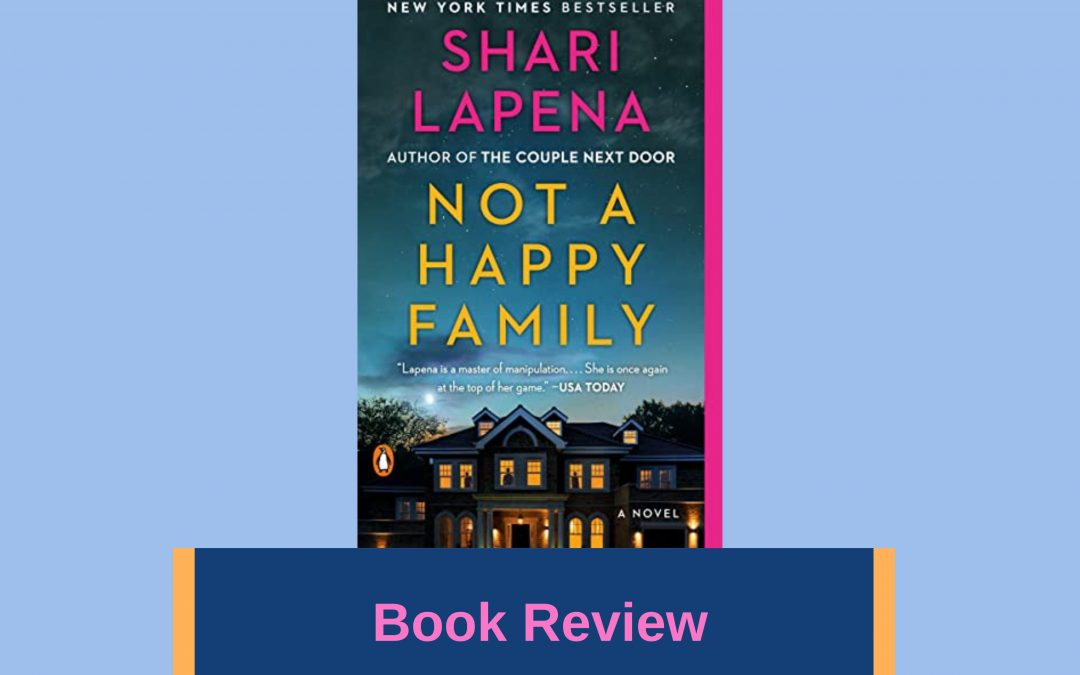 Hi, today, I’m reviewing Not a Happy Family by Shari Lapena. I don’t happen to have my Kobo with me. That’s what I read it on, and I just finished it, and it’s quite the gripping read.


It’s about a family that’s clearly not very happy. The parents, the matriarch and patriarch of this family of kids who also have either unhappy families of their own or are … one of them is this like lone chick who’s rebellious and all that kind of stuff.

Anyway, point being that nobody’s happy and the parents are murdered. The kids are suspected because they could gain a substantial fortune by their parents’ death. However, there are complicating factors that I won’t go into because that would be saying too much.

So I have to say that I didn’t see the end coming, and it felt slightly anti-climactic in a sense, almost. But it makes sense. It makes sense, and there’s something ever so slightly horrifying about it. In fact, I would go so far as to say that the ending is noir. It takes this story from a psychological suspense kind of mystery to something that approaches noir. Definitely. So, yes, do read the book. It’s creepy as all get out. <laugh>

Already righty then. Talk to you later.