My Book Review of ‘Night Watch’ 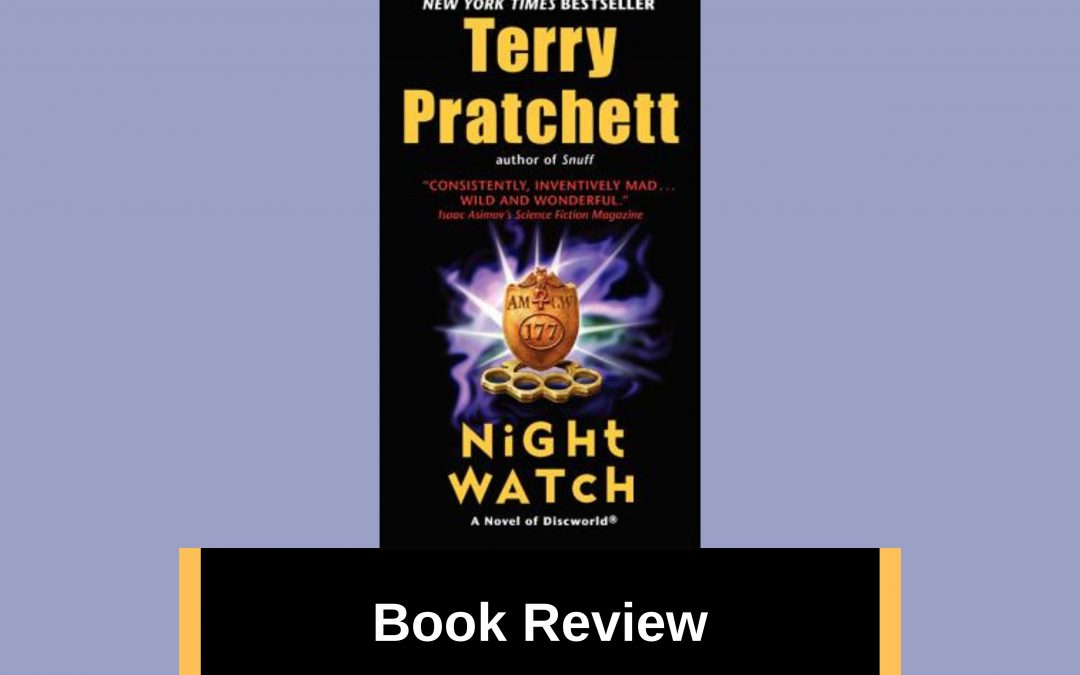 
It’s about, if you’re familiar with the world, Discworld that he created, the main character Vimes. Yes. Vimes <laugh> is a continuing character throughout the series, but the thing of it is what happens to him is he, through this fluke of magic, I guess, gets sent back through time and ends up meeting himself. It’s one of those, yeah. So yeah, I won’t say much more.

I will just say that all sorts of interesting things happen when he runs into himself and all these people that he knows what’s going to happen to them and so on and so forth. And all I can say is Terry Pratchett was one of the greatest fantasy and science fiction writers ever, I guess. And I looked up some information on him online before I did this review and noticed that the reason he created Discworld was in his words, to “have fun with some of the cliches.” So right there, that just tells me why I love this guy so much. Making fun of the cliches. Love it.

And of course, Death makes an appearance in the book. I just love Death, the character, and the way he talks in small caps. It’s awesome. Anyway, having said that, I highly recommend the book and Terry Pratchett, and thanks to Paul Downie for turning me on to this author, a fellow blogger. That’s it. Shout outs to Paul. And that’s it. Talk to you later. You can buy the ebook here.

You can also get it from Apple.

Buy it from Kobo.

Or buy it from Barnes & Noble.

You can also buy it from me at my bookstore.