My Book Review of ‘Bones in the River’ 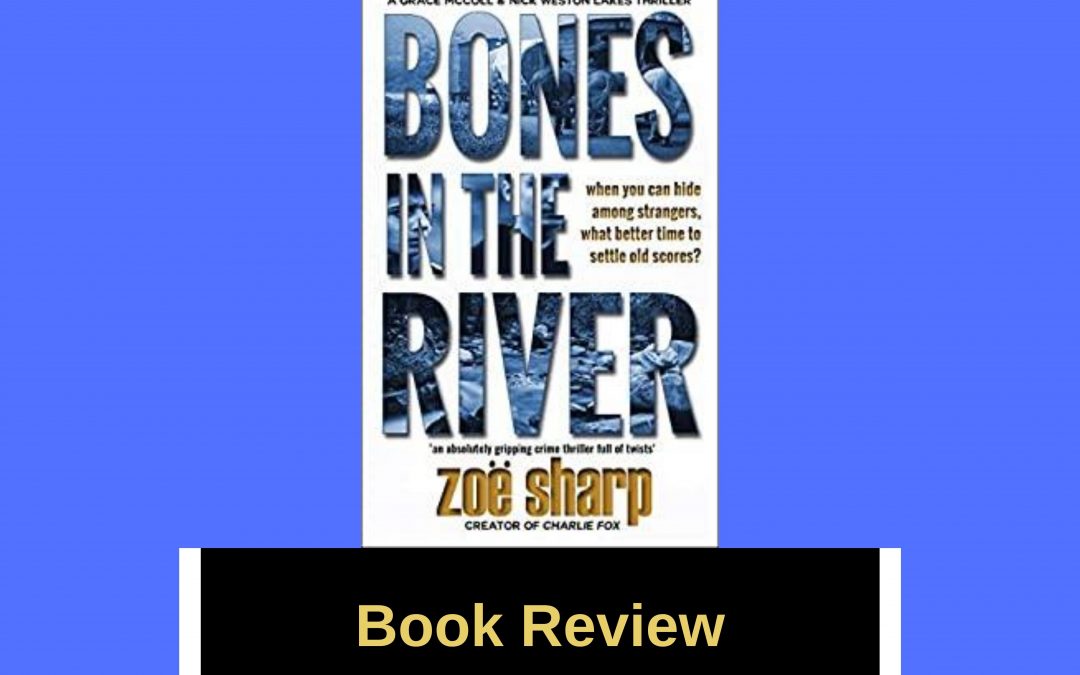 Hi! Today I have a book review of Bones in the River by Zöe Sharp. It’s a really good book, and it’s different than the other things I’ve read by Zöe Sharp, the Charlie Fox series.

This is a new protagonist for me anyway, Grace McColl. And she’s just great female protagonist. She does CSI-type work for the police, and she runs into a situation that I will not tell you about because it would be saying too much. Let’s just say that there’s a big conflict and it’s pretty serious. And it’s a very suspenseful sort of situation that eventually does get resolved. And I won’t tell you about that either, but I will tell you that it takes place in, I think, Northern England, if I’m correct about that. It’s out in the country somewhere, out, you know, not London, said the American.

And it’s just a different part of Britain. And I think it’s really interesting, and it deals with the Romany people who make this pilgrimage to a certain place every year and their culture is really interesting and she gets into that. And I just want to say that the book is just lyrically written. I mean, it’s just beautifully, beautifully written. So for all those reasons, I highly recommend you read this book. Excellent stuff, great crime fiction, and just great fiction in general.

Thanks. And that’s it. I’ll talk to you later.