My Book Review of ‘All the Lies They Did Not Tell’ 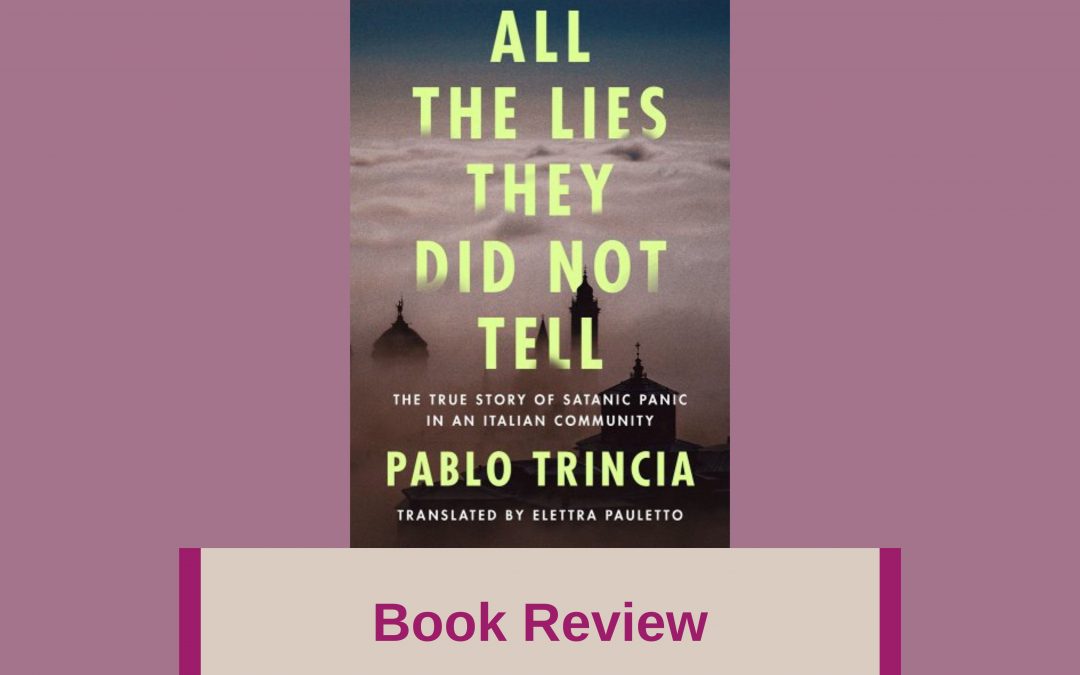 Hi, today I’m reviewing All the Lies They Did Not Tell by Pablo Trincia. This is a very, very disturbing and fascinating true crime story. It’s about just how wrong the justice system can go when it relies on experts who have an axe to grind, a bias, almost a sickness.


These people. What these people were doing in these cases. This is about a rash of cases that took place in this part of Italy. A particular part, and they were pedophile cases. They were cases against people alleging that the parents had been abusing their children and relied on expert testimony that was just … the closer this author looked into it, the more egregious the actions of these psychologists.

It was startling though, what they got these kids to believe had happened. I mean, the book is just mortifying to read, but I mean, I think it’s something that people should read so that they can understand the importance of … just because somebody is an expert doesn’t always make them right. Now there’s a concept for you, huh? Think about what they’re relying on. What are they basing their opinion on? And well, it’s just frightening to read the book in a way, but at the same time, I think it’s a must.

I think it’s a must for people to really understand and kind of, oh, everything. The hysteria that arises about controversial cases like these. People get this mindset. There’s this mass hysteria sometimes it arises around certain subjects like pedophiles and murder, and I think all that stuff.

Anyway, I don’t wanna get into all that, but I just wanna say it’s a great book and so well researched and just also emotionally very touching. I mean, the author maintains proper journalistic distance to the extent that he can, but it is obvious that this person also came to care deeply about what had happened there, and I can appreciate that. It’s a really, really great book. I highly recommend it. Thanks, and I’ll talk to you later!