Meetings with My Favorite Mystery Authors 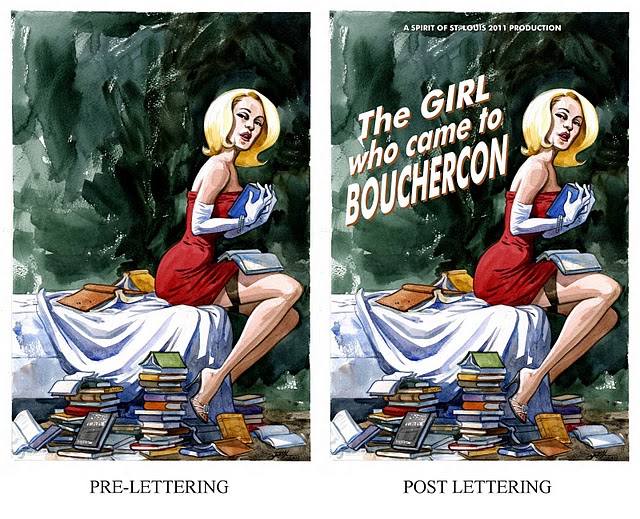 I’ve been fortunate to meet and get to know numerous talented thriller, noir and mystery authors. But one meeting I’ll never forget took place at Bouchercon in St. Louis, MO, in 2011.

It was an extraordinary year made even more awesome by my invitation to speak at a Sisters in Crime event about online marketing.

Apart from the nervousness I felt prior to going before the cameras, it was an amazing and delightful experience. I think everyone should try public speaking. If I can do it, you can! 🙂 It was at that Bouchercon that I got to hear Robert Crais do an interview, in which he was told that Lee Child thought Jack Reacher would kick Joe Pike’s ass. And Crais didn’t bat an eye. His response was along the lines of: “Jack Reacher is Joe Pike’s bitch.” In fact, that’s exactly what he said! 🙂

Well, everyone howled. With laughter, of course!

It wasn’t until the last day that I happened to see Robert Crais standing in the lobby. And I actually wrote about this in an old blog, which I had the foresight to copy into a Word doc!

Here’s what I blogged. Word-for-freaking-word! 🙂

On Sunday morning, while I was waiting for the shuttle van to arrive, guess who I saw in the hotel lobby? Robert Crais!!! OM-freaking-G!!!!

So, seeing that he was making ready to leave, I quickly walked over (hiding my clenchy hand by placing it deftly on my purse per usual — clever, eh? 🙂 ), extended my (good) hand and said, “Hi. I just wanted to shake your hand and say, you’re my hero.” The words came tripping off my tongue. And I meant every one of them, even though they sound a bit lame in retrospect, I really truly meant them.

And Robert Crais looked me in the eye, smiled and asked, “Why?”

And I said (without hesitation), “Because you’re a blue collar writer. And your writing is absolutely wonderful. I admire your prose style so much.”

So, I told him I was an author. And he was really nice and told me to “stick with it no matter what.” Or words to that effect, as he was making ready to leave. And I hastened to assure him that my ebooks were actually selling quite well. In fact, I told him that my first novel had hit the New York Times ebook bestseller list. And he smiled and said, “Wow. That’s great!” I’m sure as he was making his way out of there, he was probably thinking, “What a nice person!” 🙂 Or words to that effect.

Well, that was then. Things have changed, but you know what? I’m doing fine, thank you!

And I took your advice, Robert Crais. I’m sticking with it, no matter what.

One of the things I’ve always found awesome about the crime writing community is its members’ willingness to support their peers. Which is what I’m about to do now, Robert Crais. For what it’s worth! 🙂