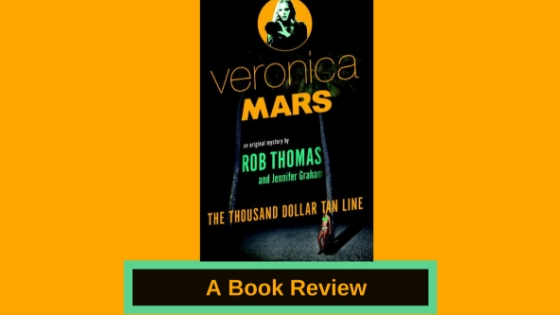 I was a big fan of the television show Veronica Mars, and I enjoyed the movie, as I recall. It’s been a while since I’ve seen it, but I think I enjoyed it. I like Kristen Bell in pretty much everything I’ve seen her in.

In any case, Veronica Mars is a character I’ve always loved and, even if you weren’t a fan of the show, I think you might enjoy this book if you’re a mystery lover, because it creates her world so well. It creates the world that she inhabited in the show so well, without dwelling too much on the details. And, at the same time, there’s this wonderful mystery that reads like a hardboiled mystery, which I love. And so if you like the idea of female characters playing hard boiled detective in stories that are just wonderfully constructed and with a world that you may or may not have seen on television, this is the book to get.

Nice job adapting a TV show into this book. And I look forward to reading the sequel. There’s another one in the series that I absolutely have to read. Veronica Mars: The Thousand Dollar Tan Line by Rob Thomas with Jennifer Graham.

Okay. Talk to you later!

PS: I have to make a confession. When I first saw this cover, I didn’t have a very good look at it, and I swear to God, I thought those palm trees were legs! 🙂