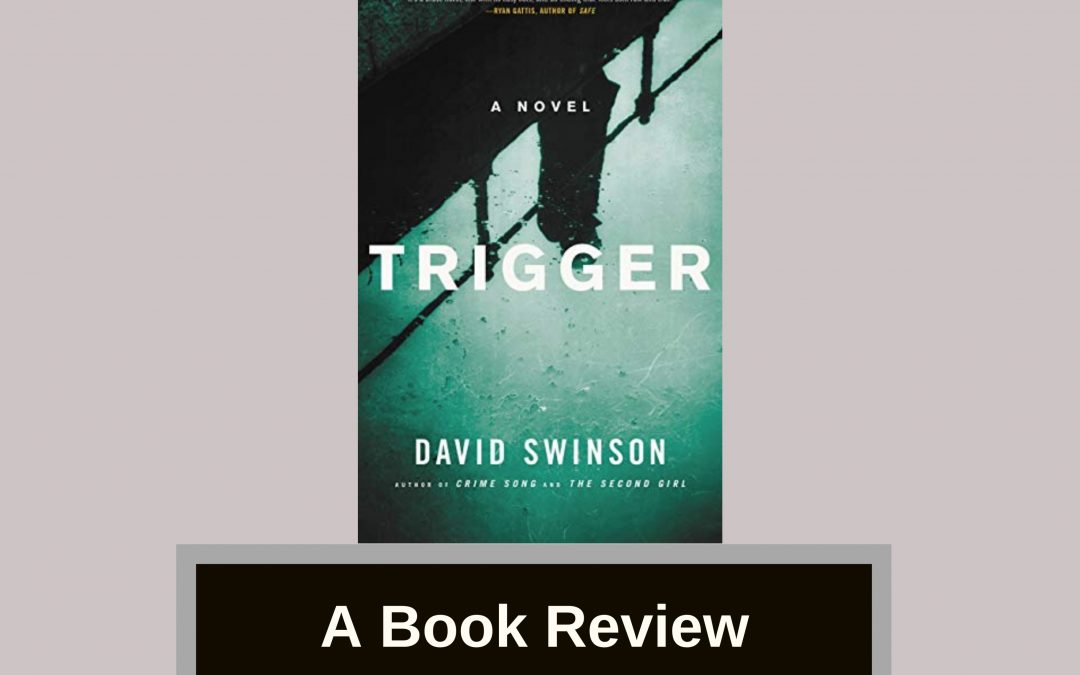 Hi everyone! Today I have a book review of Trigger by David Swinson.

This is a book written by a former DC cop and it as authentically DC is anything I’ve read. It’s right up there with George Pelecanos in terms of capturing the real DC—Washington, DC—the city from the perspective of a police officer. And, in this case, the protagonist is a drug-addicted ex-cop, DC police officer and detective who gets involved in a situation involving his former partner who has landed in a heap of trouble. And this heap of trouble leads him to a connection to the main character’s past and what a connection. Wow!

And the way the book is written is just, I just love it. It’s just stylistically perfect for the genre. It truly captures the city, the streets authentically and ends up wrapping up some storylines. This is the third book in his series, by the way, about this particular protagonist, Frankie Marr, and he’s just extraordinary.
I mean the writer and the protagonist and the story itself really brings to a conclusion a lot of things that were happening in the first two books and does so with this note of redemption that is just beautiful. That’s all I can say. Oh, and by the way I, I sensed a bit of Hunter Thompson in a little of this prose, especially the parts involving the grapefruit. I think Hunter Thompson fans might know what I’m talking about. 🙂

In any event, it’s a great book and I highly recommend it. Trigger by David Swinson.

I recommend all the books in the Frank Marr series. And with that, I’ll just say talk to you later!