My Book Review of ‘Green Sun’ 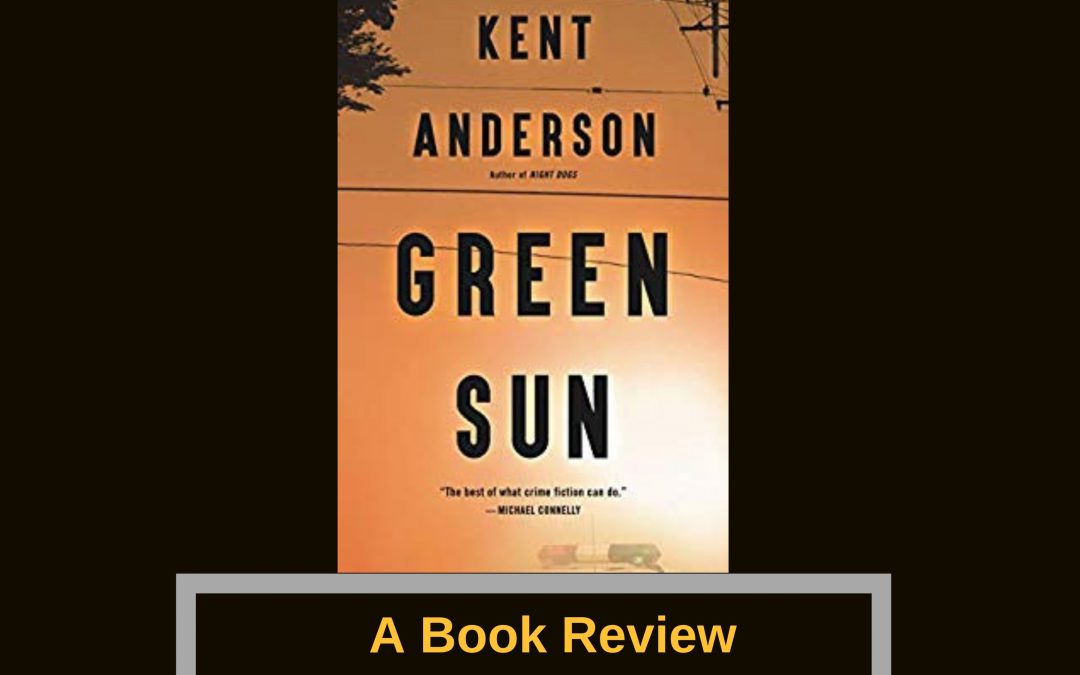 [00:00:00] Today, I’m doing a book review of a novel that absolutely blew me away, it was so awesome. You can’t really see the cover, but it is GREEN SUN by Kent Anderson, and it is absolutely fantastic. I don’t even have the words to express how beautifully written and just superb the story is. It’s about a man named Hanson. And I should also mention that this is the third in a trilogy of books, and I wish I’d read the first two. I’m going to read the first two. That’s how compelling he is as a character.

[00:00:45] In any case, Hanson is a Vietnam vet, so it’s an earlier time, and he ends up going to work for the Oakland Police Department, because he wants to get a certification and move on to a job that’s a little less stressful. But in law enforcement. And he’s a soldier. You know, retired or whatever. No longer in Vietnam. Obviously, the war had ended, I guess.

[00:01:21] But the point is, he has the most interesting personality, and his situation is just so horrible and yet at the same time so hopeful, because he doesn’t want to police like the system wants him to police. And this is not a police procedural. It is not your typical mystery. It is not your typical crime fiction. It is fantastic fiction that happens to involve crime, and it’s as relevant today as it was about the time that it was written. There is so much in here that it’s just spectacular. It’s a spectacular, excellent book that everybody should read, if you enjoy crime fiction and if you enjoy realistic depictions of urban life, basically.

[00:02:27] And another thing. It really gets into the whole problem of what it’s like to be a police officer and to do a good job at it. That’s all I can say. It’s a fantastic book and I highly recommend it. And I want to thank the author David Swinson who had recommended this to me so highly during my Crime Cafe interview. Thank you, David. This book is so, so good. That’s it. And I’ll talk to you later.