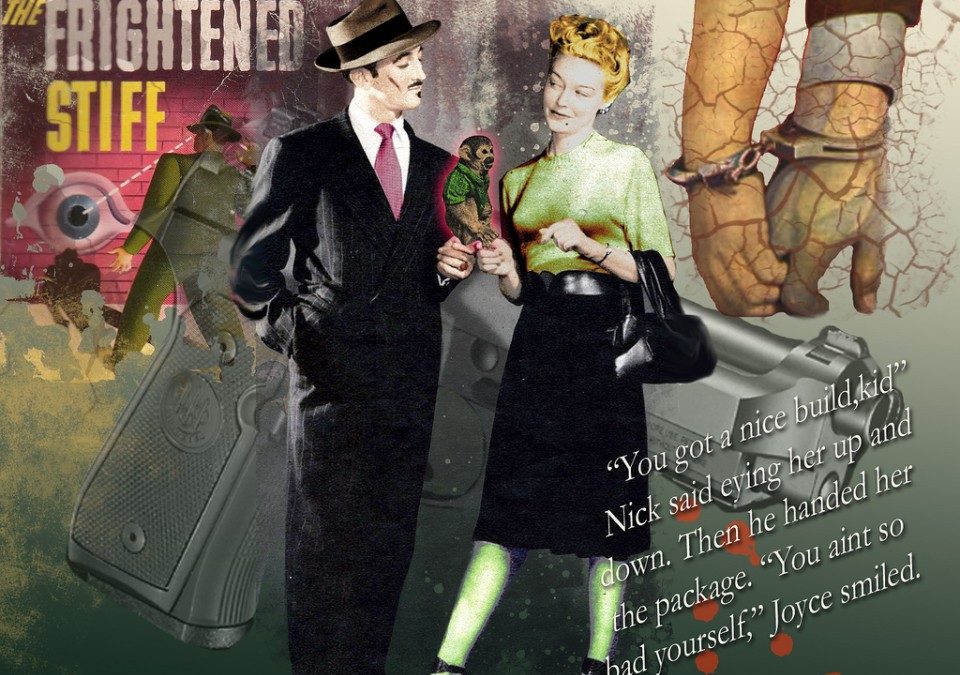 This Friday Flashback review was originally published on my old, dead book review blog on July 27, 2008.

I’d heard that Donna Moore‘s novel GO TO HELENA HANDBASKET was side-splitting funny, but when I saw the back cover blurb describing it as “Bridget Jones meets Raymond Chandler meets Jeffrey Dahmer,” well, that gave me pause. The reference to Bridget Jones almost scared me off. I’m glad it didn’t.

Helena Handbasket must qualify as one of the worst detectives in fictional PI history—even her cat has a better handle on the case (a sly reference to the crime-solving cat mysteries, I think). But the story is such a great send-up of the detective/serial killer novel, that her blundering and obliviousness become part of the big joke (a touch of Stephanie Plum, if you ask me).

With a secretary/sidekick named Fifi Fofum (every character in the book has an outrageous pun for a name) who spouts hardboiled banter that sails completely over Helena’s head most of the time and the requisite cop who advises her throughout to keep “her big nose” out of the investigation (giving her quite the complex about the size of her proboscis, along with the one she already had about her “arse”), the intrepid protagonist manages to survive the case (despite suffering numerous fractured bones and other ailments from various attacks—a sly reference to the seemingly indestructible hardboiled investigator, no doubt) and even catch the killer, who is revealed, true to the tradition of the genre, in a final twist at story’s end.

She does all this while agonizing over her weight, what dress to wear and which of the men involved in this sordid affair could be Mr. Right (thus, the Bridget Jones reference).

I will indulge myself in my own pun when I say the story ends with a bang (or at least seems to). And you can only fully understand what I mean by reading the book. Which, by all means, you should.

FYI, Donna has since written another book called OLD DOGS. And now I must read that one! 🙂 BTW, if you’ve ever wanted to write your own mystery novel, but didn’t know where to start, I’m offering my online course in mystery writing for beginners here! And it’s half-off until March 20, in honor of spring! 🙂